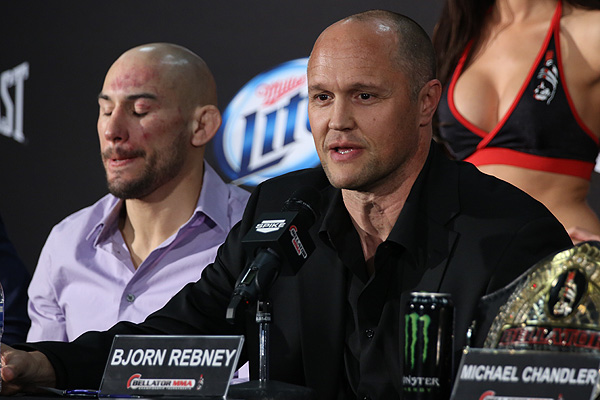 Were you interested in Bellator’s “Fight Master?” Why or why not? Please tell us below. |Photo: Dave Mandel


Bellator CEO Bjorn Rebney, on “Cheap Seats,” discussing his promotion’s reality show and its struggles to sustain an audience on Spike TV:

“I don’t have an answer for it. I do know that when I watched the show, I was drawn in by the interaction between the coaches. I thought the reality of Randy [Couture] and Greg [Jackson] and Joe [Warren] and Frank [Shamrock] was strong. I thought the interplay between Joe and Frank was great comedy. I thought Joe jumped off the screen as kind of a runaway star with the show and I thought he was terrific. There were pieces of it that I really liked. Look, I was a huge fan of ‘Arrested Development’ years ago when it was on Fox. I thought it was the funniest sitcom that had ever been created for television, and it went off the air. … The reality is, those are hard questions to answer. The fights were good. The fighters were strong. I don’t know. I don’t have an answer for that.”