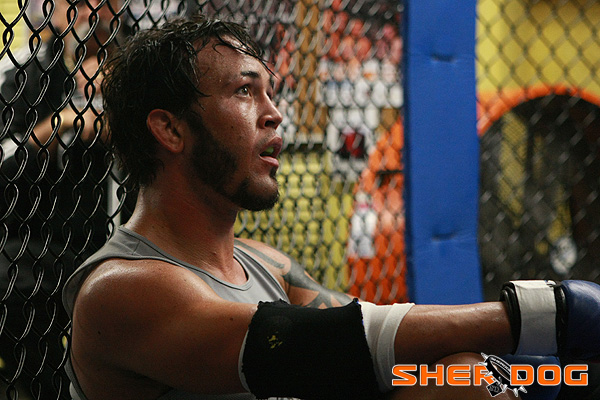 
On his swing-for-the-fences style: “I am trying to finish the guy when I'm in the cage, but I'm not trying to get out as fast as I can. I'm not going in there to try and squeeze out a decision, get on top of somebody and having boring fights. I'm trying to separate your head from your shoulders however way I can. “

On leaving his Ohio gym for his own fight preparation: “As far as quality training partners I'll tell you now there's no better place to train then my school. I have great Thai fighters. I have great wrestlers. It's Ohio; it's the state of wrestlers. I have great jiu-jitsu guys. Dustin Hazelett is there. I have three more black belts there. I have Rich Franklin there, but I can’t train and get prepared where I live. When I'm trying to get my mind set for sparring people say, 'Jorge, someone didn't show up to teach the women's class or the sparring class. Or this guest wants a picture. Or this guest wants to set up an interview.' When they know that I'm home my phone will ring every other second. When I'm here in Boston I have to worry about one thing only and it's my fight. I eat sleep in the basement. Wake up. Fight people. Eat, sleep. Wake up. Fight people. Wake up. Do conditioning. Eat, sleep. Fight people. And that's what gets me ready mentally.”

On his Twitter affair with Marcus Davis: “People have been texting me asking me, 'What are you doing eating sushi right now? You better watch your budget.' My nutritionist tells me, 'You better stay away from the salmon.' I'm like how do you people know what I'm doing right now? I look at Marcus and I ask him, ‘Are you twittering now?’ And he tells me, 'Yeah I just told everyone you have two plates of salmon sitting in front of you.' And I'm like, 'You're an ass.' But it is what it is.”

On Evangelista’s strategy: “I really think he's going to try to take me down. He believes his muay Thai skills are his primary thing, that's what he always says. He's a proud fighter. He's a well-rounded fighter. He's a respectable fighter, which I like. I don't like those guys that are punks and they act like 15-year-old punks on the Internet. Billy Evangelista is a serious fighter.”

On his maturation as a fighter: “The best explanation is I'm a late bloomer being in the fight game actually being 32 years old. I really had horrible outings in the UFC. I never performed to within 60 percent of my potential. I never really thought, with all due respect to everyone, that I lost to a better fighter. I made a lot of mistakes myself. I made a lot of mental mistakes. I never listened to my corner. I was just swinging for the fences and being very aggressive and emotional.”