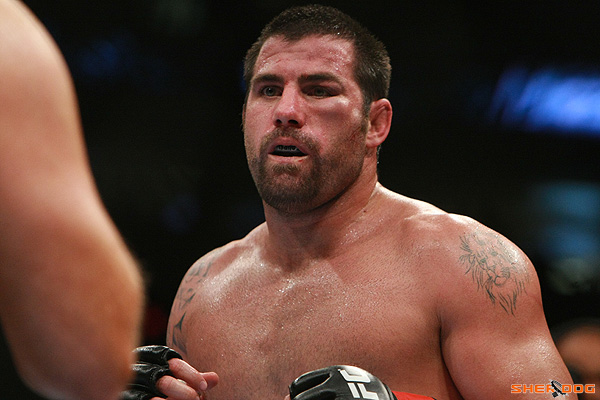 
Since Bellator MMA announced its signing of Stephan Bonnar, the former Ultimate Fighting Championship competitor has been on a collision course with Tito Ortiz.

On Friday, the promotion finally announced the bout during the Bellator 123 telecast, bringing both men inside the cage for what amounted to lightning in a bottle.

The bout is supposedly built around Bonnar’s desire to “free the MMA world of the virus that's known as Tito Ortiz,” but on Friday, the drama revolved around Jenna Jameson and a mysterious man in a mask.

The only problem with any of this was, when the mask finally came off, there wasn’t much of a dramatic effect. Mainly because nobody watching had any idea who the cornrowed gentleman standing next to Bonnar and Bellator President Scott Coker was.

An 18-fight pro who competed for the UFC and Pancrase, McCully doubled as a training partner at Team Punishment before Ortiz “flushed him down the toilet like a turd,” as Bonnar so eloquently put it.

McCully fought four times under the UFC banner, besting Antoni Hardonk and Eddie Sanchez on points and dropping a bout to Gabriel Gonzaga via submission before losing a unanimous decision to Mike Russow.

If this fight is going to put butts in seats, proverbially move the needle or draw eyeballs on Spike TV, it’s not going to be because of McCully, Jameson or staged shoving matches. The matchup is going to draw attention because of the two fighters’ storied paths.

Did I mention there was a guy in a mask?