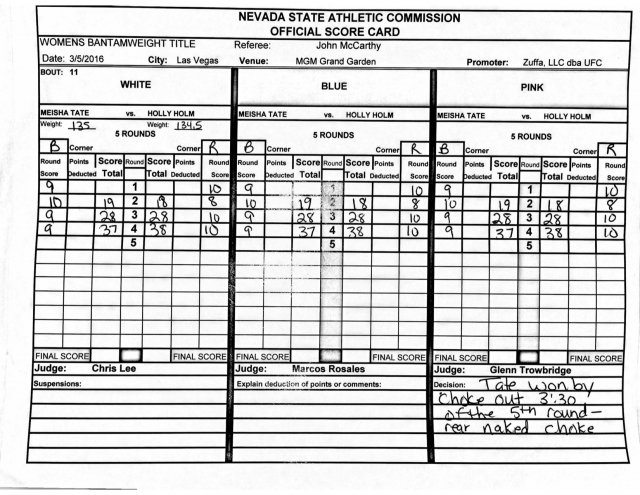 Miesha Tate left nothing to chance in the UFC 196 co-headliner, as she submitted Holly Holm at 3:10 of the fifth round to claim the women’s bantamweight championship.

That sense of urgency paid dividends, because “Cupcake” was behind 38-37 on all three cageside judges’ scorecards heading into the final frame. Depending on how the final two minutes played out, Tate could have been on the verge of losing a narrow decision.

Also noteworthy was that judges Chris Lee, Marcos Rosales and Glenn Trowbridge all gave Tate a 10-8 second round. In that period, Tate grounded Holm early and nearly submitted her with a rear-naked choke before the horn sounded. Holm, meanwhile, won rounds one, three and four by identical 10-9 counts.