The tussle started at lightweight between Renato Migliaccio for Team USA East and Niko Puhakka for Team Finland. Migliaccio, a BJJ black belt under Renzo and Ryan Gracie, overwhelmed Puhakka from the bell with his ground acumen. Late in the first frame Puhakka couldn’t fight off an armbar attempt from Migliaccio and was forced to tap at the 4:18 mark.

Rodney Wallace overpowered Marcus Vanttinen over the course of two rounds and won a unanimous decision to bring Team USA East even with their Finnish counterparts. It left the team battle to be decided by the last bout of the night between Toni Valtonen for Team Finland and Lloyd Marshbanks for the USA East.

Valtonen won the first round on Sherdog’s scorecard, taking Marshbanks down and working from the guard for the majority of the round. At the start of the second stage, Marshbanks took Valtonen down and transitioned to an arm-triangle choke for the submission victory, giving USA East the 3-2 win over Finland.

The second team battle of the night gave the fans a bit of a surprise. After opening the season with a 4-1 win over Japan, England fell 4-1 to France. None of the bouts made it past the first round. France’s triumph was highlighted by a nine-second TKO victory for Maktar Gueye over Ian Butlin.

The fight of the night may have been between light heavyweights Ryan Sturdy and John Doyle in the Team World vs. Turkey battle. Doyle took the fight to the XFO and Extreme Challenge veteran early on. What looked like an incidental head butt on the part of Doyle put the bout in jeopardy because of a cut near Sturdy‘s left eye.

The doctor allowed the bout to continue and the Team Curran fighter slowly began to overwhelm his overmatched foe. Sturdy controlled Doyle through the duration of the contest and won a majority decision.

The next M-1 Challenge event is set for Seoul on July 4, where USA West will meet Russia Imperial. Also on the card, Bulgaria will duel Finland and Brazil will confront Korea. 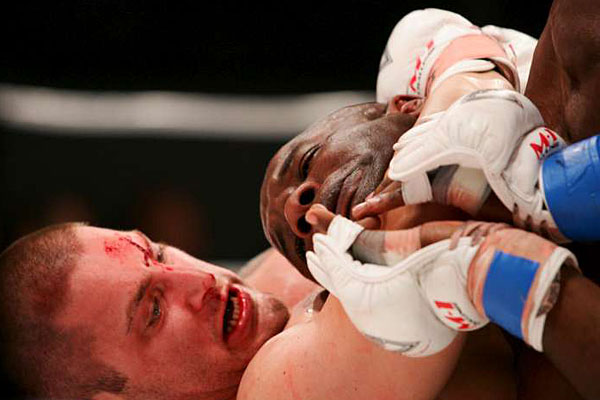