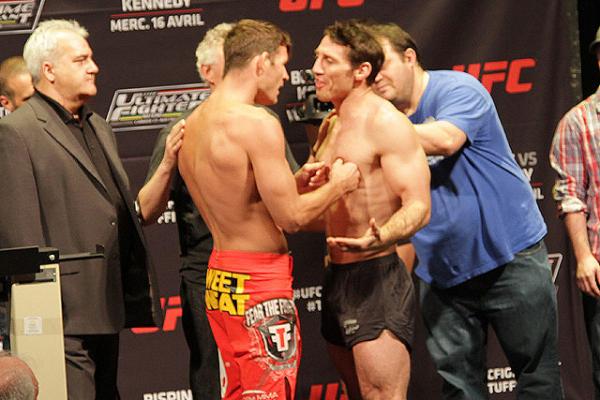 Tim Kennedy and Michael Bisping ended their feud in the Octagon. | Jeff Miller/Sherdog.com


The winner of the verbal feud between Tim Kennedy and Michael Bisping is debatable. The winner of their meeting in the Octagon is not. Kennedy put Bisping through the grinder in their middleweight headliner at “The Ultimate Fighter Nations” finale on Wednesday night.

After 25 grueling minutes, Kennedy emerged with a unanimous verdict, the most significant victory of his UFC tenure to date. While the talking between Bisping and Kennedy is finally over, Wednesday’s card gave fans plenty of argument fodder.

“The Ultimate Fighter Nations” finale spawned a number of threads on the Sherdog.net forums.

ONE FOR THE COUNT