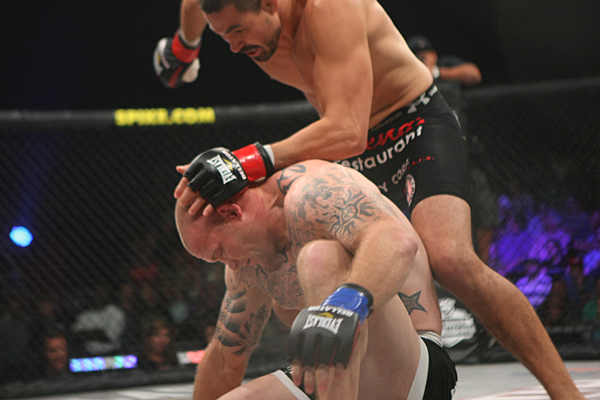 
Bellator MMA’s summer tournaments, set up to determine the next title contenders in the bantamweight and light heavyweight divisions, wrapped up at Bellator 73 on Aug. 24, 2012 in Tunica, Mississippi.

In the co-main event, Marcos Galvao destroyed Luis Alberto Nogueira late in the second round with a series of vicious 12-to-6 elbows—which were perfectly legal in Mississippi—from back mount, earning a shot at the 135-pound title then held by his teammate, Eduardo Dantas. Then, in the light heavyweight final, Attila Vegh needed just 25 seconds to put away the very well-traveled Travis Wiuff. Vegh dropped the 80-fight veteran and former YAMMA Pit Fighting champion with his first one-two of the fight, then pounced with a brutal string of right hands that left Wiuff completely out—fast asleep—where he sat.

Vegh would challenge Bellator’s first light heavyweight champ, Christian M’Pumbu, early the next year, winning the title via unanimous decision at Bellator 91. Galvao was not so fortunate, as Dantas punched him out in the main event of Bellator 89 in February. "Loro" would eventually win the belt, but it would take a few more years.