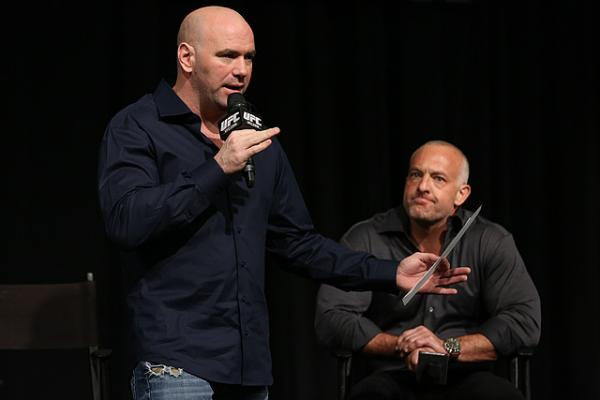 
Capping off what must have been the most hectic week in its existence—International Fight Week followed by three events in three days, including the roller-coaster ride of UFC 200—the Ultimate Fighting Championship was sold to an ownership group headed by William Morris Endeavor and International Management Group (WME-IMG) for a reported $4 billion, making it the most lucrative franchise sale in sports history.

The promotion’s previous owners, Zuffa, LLC, had owned the company since late 2000, and the first UFC event under Zuffa ownership was UFC 30 on Feb. 23, 2001. The Zuffa regime oversaw the UFC’s growth from a struggling promotion in a politically marginalized underground phenomenon to the dominant force in a major world sport. The sale marked a massive cashout for Zuffa co-founders Frank Fertitta III and Lorenzo Fertitta, each of whom owned 40.5 percent of the company and stepped away in the wake of the sale. UFC President Dana White, who had been the driving force behind the original purchase and owned 9 percent, retained his position under the new ownership, though it was not immediately clear whether that would be a permanent arrangement.

While speculation raged in the weeks after the sale over what the sale might mean for the UFC and the sport, little has changed four years later—at least as regards the public product. The UFC maintains a very busy schedule, but one that has not grown exponentially since the sale. White remains the public face of the company, and in fact the most notable new wrinkle of the WME-IMG era, Dana White's Contender Series, bears his name and features him prominently. Broadcast partnerships have evolved, and the UFC’s apparel arrangement with Reebok is expiring, but few of the changes in the last four years can be placed squarely at the feet of the new ownership.
« Previous This Day in MMA History: July 8 Next This Day in MMA History: July 11 »