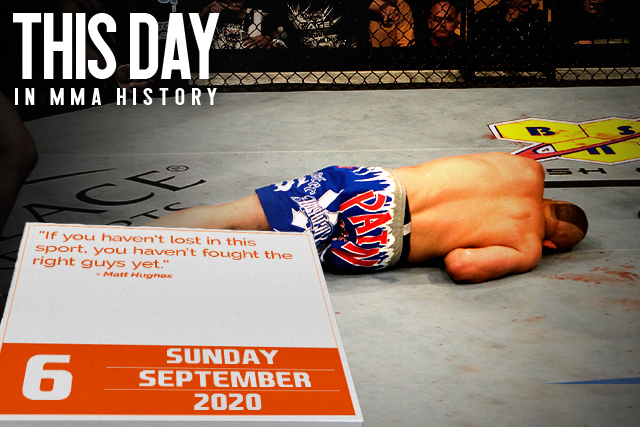 
Ahead of their meeting at UFC 88 on Sept. 6, 2008, public perception of Chuck Liddell and Rashad Evans had yet to catch up with the reality. While Liddell had lost the Ultimate Fighting Championship light heavyweight title to Quinton Jackson the year before, then dropped a tepid decision to Keith Jardine in his next outing, he had won the long-delayed showdown with Wanderlei Silva and was considered by most to be at least near his prime. Meanwhile Evans, despite his undefeated 11-0-1 record and status as winner of Season 2 of “The Ultimate Fighter”—at heavyweight no less—was seen as a prospect by some, a curiosity by others, but few seemed to be calling him a future champ.

Whatever the reasons, Liddell entered the Octagon in Atlanta that night as a greater than 2-to-1 favorite, and for a round or so, the oddsmakers appeared to be right. “The Iceman” won the first round with relative ease, due in part to his cage control as he stalked the younger man, but due in greater part to the fact that Evans threw almost no strikes for the entire five minutes.

Evans was much more aggressive to start the second round, and he and Liddell had several exchanges in which both men landed. However, as Liddell came in to throw one of his trademark sweeping right hands, Evans threw a faster one, clipping Liddell on the chin for one of the most devastating one-punch knockouts of all time. The former champ was out cold instantly, dropping so quickly that Evans’ follow-up left hit nothing but air. Liddell landed face-down and motionless; it was a long moment before he stirred at all, and at least a couple of minutes before he got back to his feet, even with help.

Evans and Liddell’s status as two men headed in opposite directions competitively was underscored as Evans went on to win the light heavyweight title from Forrest Griffin, once again scoring an emphatic finish after falling behind in the early going. While he would lose the belt to Lyoto Machida in his first title defense, he remained a top contender for several more years. In contrast, Liddell, who before UFC 88 had been the subject of much speculation on whether he might make his way back to another title shot, never won another fight, retiring after two more vicious knockout losses before coming back for an ill-advised and ill-fated trilogy fight with Tito Ortiz in 2018.
« Previous This Day in MMA History: Sept. 4 Next This Day in MMA History: Sept. 18 »