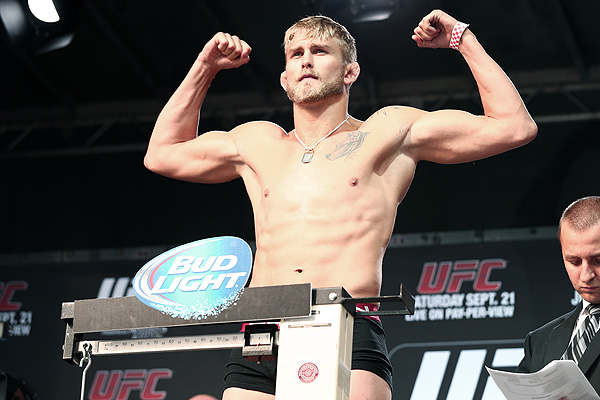 
Alexander Gustafsson made his case for a rematch with Ultimate Fighting Championship light heavyweight titleholder Jon Jones with resounding clarity.

Gustafsson -- who failed in his bid to unseat Jones in September -- stopped the previously undefeated Jimi Manuwa with a second-round knee strike from the clinch and follow-up punches in the UFC Fight Night 38 headliner on March 8 at the O2 Arena in London. Manuwa met his end 78 seconds into round two, his 14-fight winning streak a thing of the past.

Under duress from an aggressive and confident adversary, Gustafsson turned to his wrestling in the first round. He struck for a takedown inside the first minute and tagged Manuwa with mild ground-and-pound in full guard. Little damage was done, but Gustafsson had effectively neutralized the knockout-minded Brit. Early in round two, the Swede zapped Manuwa with a brutal knee from the Thai plum, followed with a pair of crushing right uppercuts and polished off his latest conquest with hammerfists on the mat.

“It feels amazing. We’ve been working so hard,” Gustafsson said. “This guy was so dangerous, I thought maybe I should take him down, but I felt good standing, too.”


REVVING UP THE RIVALRY