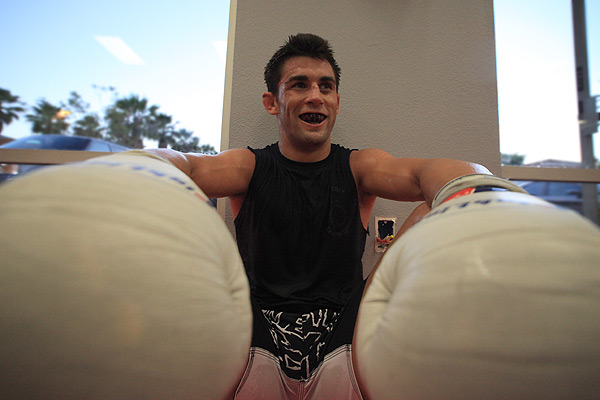 “I don’t feel like he should be stripped of the belt. The guy’s earned it. Part of the reason why he’s injured is because he puts it all out there and hits like a weirdo, but he throws punches anyways. I wouldn’t count the guy out. I don’t think they should strip him of the title. … He’s still, in my opinion, considered the champion. I don’t think you strip a guy of the belt. I would be pissed if they stripped me of the belt.”