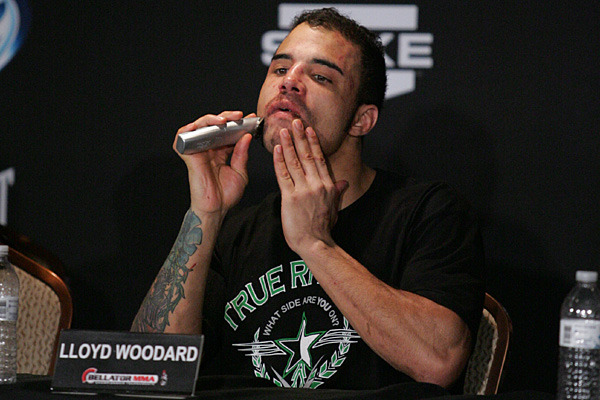 There was more than just a spot in the semifinals of Bellator’s Season 8 lightweight tournament on the line when David Rickels and Lloyd Woodard squared off at the Soaring Eagle Casino & Resort in Mount Pleasant, Mich., on Thursday night.

Prior to their Bellator 87 bout, Rickels and Woodard made a gentleman’s agreement that their bout would be a “loser shaves” affair. When all was said and done, it appeared that Rickels valued his facial hair more, as an aggressive approach over the final two rounds carried him to a unanimous verdict over the man known as “Cupcake.”

As you can see from the picture above, Woodard held up his end of the bargain. At the moment, there is no official timetable for the Missoula, Mont., native to regrow his beard.