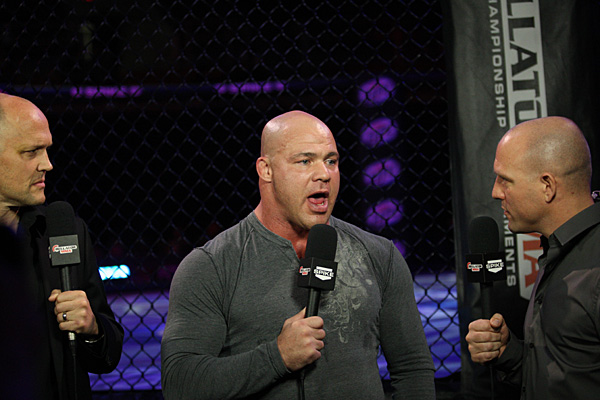 
Before mixed martial arts came along, pro wrestling offered many of its fans a similar appeal to what today’s MMA provides. While some pro wrestling territories like Mike LeBell’s WWA, Salvador Lutteroth’s EMLL, now CMLL, and Vince McMahon Jr.’s WWF, now WWE, often offered a more colorful and cartoonish approach to the worked sport, other promotions like Bill Watts’ Mid South, Sam Muchnick’s St. Louis Wrestling Club and Antonio Inoki’s New Japan Pro Wrestling tended towards a more serious feel where tough men with an air of legitimacy battled it out for supremacy.

In those days, a frequent question among pro wrestling fans was who would win in a real fight between the champions of different territories. That is a question that has faded in relevance as pro wrestling has gotten less believable, but it maintains a lot of its intrigue when it comes to pro wrestlers who built their careers on their tough reputations. It would have been exciting to see how some of those pro wrestling greats would have fared in legitimate competition. Some of them surely would have flopped, shattering their reputations like Nobuhiko Takada did in the early days of Pride Fighting Championships. However, others likely would have thrived, proving their legitimate ability like Brock Lesnar did in capturing the Ultimate Fighting Championship heavyweight crown.

For this feature, we will explore some of the pro wrestlers who would have been the most interesting to see compete in MMA. Let us get this out of the way early: If you wanted to pick the pro wrestlers who had the best shot of thriving in MMA, your best bet would be to simply pick the best amateur wrestlers of the lot. Amateur wrestling has proven over the long haul to be one of the best bases, if not the best base, for a young mixed martial artist. Pro wrestling has long attracted excellent amateur wrestlers, from Dick Hutton and Verne Gagne to Chris Taylor and Earl McCready. Many of those wrestlers would have gotten into MMA if it existed in their day, and many would have thrived like Johny Hendricks, Ben Askren and Chris Weidman do today.

While the best amateur wrestling greats may have been the surest bets to thrive in MMA among the pro wrestling ranks, they would not necessarily generate the most excitement, nor have the most upside after their initial transition into the sport. Thus, this list includes a mix of pro wrestlers with backgrounds suited to MMA, along with pro wrestlers possessing intriguing physical traits and personas that would have made them fun prospects to watch following extended proper training inside an MMA cage or ring: