Nearly 25 years ago, Japanese professional wrestler Satoru Sayama -- better known as the original Tiger Mask -- had an idea about fighting, the seed of Shooto.

The first-ever amateur Shooto event was held in 1986, while 1989 marked the first-ever occasion of “professional Shooting.” All mixed martial arts observers know of Greek Pankration -- and the more modern tradition of Brazilian vale tudo -- but Shooto has the longest lineage of any single combat sports entity in contemporary MMA. Fittingly, that lineage will be celebrated this Sunday in Tokyo, when leading Shooto promoter Sustain stages its 20th anniversary event.

“Shooto” is an intriguing concept, its definition varying depending on who you ask. Although Sayama left the world of Shooto in 1986, his original vision is adhered to by authorities who view Shooto not as an organization but as an international sport unto itself, with its own system and rules, taking place from Japan to Australia to Brazil to Belgium and beyond.

For some MMA fans, following Shooto is proof of fanaticism about the sport and, for others, an unfathomable hobby for MMA elitists. One thing that is readily clear, however, is that those who are passionate about Shooto have an intensity about it that is completely incongruous with how most people celebrate other MMA entities. Even in the heyday of UFC-versus-Pride debacles, debates raged over extrinsic qualities of aesthetic production values, roster quality and fighter purses.

The world of Shooto, on the other hand, appears to have some invisible, intangible magic that grips its subjects at the soul. Few know it better than Taro Wakabayashi.

The Craftsman Behind the Curtain

Wakabayashi is a familiar face for those who have followed Shooto over the years. Strong jawed, short sleeved and bow-tied, he has been in the ring as a referee for well over a decade and has served in the Shooto offices for even longer. In 1992, at the age of 27, he left his job at Japanese advertising powerhouse Dentsu Tec to become a staff member with Akira Maeda’s Rings Fighting Network and, shortly after, a nascent K-1. In 1994, he entered the world of Shooto as a matchmaker and, over the last 15 years, has helped create MMA’s most comprehensive system.

He may be MMA’s most experienced referee, having officiated quite literally thousands of bouts between amateur and professional Shooto. However, he also serves as a professional Shooto matchmaker -- responsible for a good deal of the pairings on Sunday’s card -- as well as being in charge of the gym administration for all official Shooto gyms. In addition, he oversees Shooto’s sophisticated amateur system.

There are typically three to five amateur Shooto events per month, all over Japan. A young fighter who aspires to become a pro Shootor must fight his way through the amateurs, winning regional tournaments and performing well at the annual All-Japan tournaments in order to become a professional. This process has shaped and groomed a tremendous amount of Japan’s top MMA talent for the last 20 years, producing a list of names too expansive to enumerate.

More importantly, the world of Shooto represents one of the only opportunities available to those outside of Tokyo who want to become mixed martial artists. Virtually all MMA in Japan is centered in Tokyo, and for athletes in northern Hokkaido or rural Tottori, chances to embark on a career in MMA are slim to nil.

However, Shooto covers all 47 of Japan’s prefectures; it’s the only Japanese MMA entity even remotely that ambitious. Although the amateur system existed before Wakabayashi, its current state is owed to his craftsmanship.

“The actual system, the sport, the commission, it’s all quite strong,” Wakabayashi says. “I think that kind of minute detail is very appealing or attractive to people.” 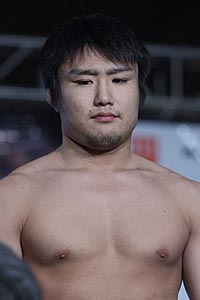 Dave Mandel/Sherdog.com
One need only look at May
10's card to assess its truth.
Deep Cultural Ties

Neither “appealing” nor “attractive” does it justice. Although it’s unsuitable to term Shooto an organization because of its conception and system, it’s also not appropriate because it represents something much larger. With its rich history, its production of fighting talent, its comprehensive system and the democratic sensibilities that let any athlete determine his own destiny in fighting, Shooto has become an intense culture unto itself.

That statement may sound like asinine puffery. However, one need only look at this Sunday’s card to assess its truth. Why is it that the likes of Takanori Gomi, Mitsuhiro Ishida, Mizuto Hirota, Akiyo Nishiura and Kotetsu Boku -- all veterans of big-money Japanese MMA shows -- are fighting on the card for far more meager purses? Why is it that these established stars treat their returns to the Shooto ring as a proud duty, rather than an obligatory chore? Why did Takeshi Inoue give up the chance to fight in Sengoku’s featherweight tournament to defend his 143-pound crown? And why has Rumina Sato, during a 15-year career, refused to fight outside of Shooto-sanctioned events until he wins a Shooto world title?

Pride in a fighter’s home organization is nothing new, but to look at how Shooto-bred fighters talk about Shooto is starkly different. If you didn’t know much about MMA, you might think they were discussing their own offshoot religion. It’s the kind of deep cultural tie that makes T-shirt slogans like “Shooto is my life” and “Shooto and Truth never die” honest, appropriate and commonplace among Shootors. It’s the sort of gravity that makes event titles like “The Victory of the Truth” and “Alive Road” seem less like run-of-the-mill English and more like spiritual instruction.

“You know, I’m 43 years old. I don’t really know or understand what the younger generations see in Shooto,” Wakabayashi says with a chuckle. “I personally wanted to become a fighter when I was younger, and while that didn’t happen, I’m personally just trying to following my dream.”

Even if he finds it hard to believe, that’s not to say Wakabayashi is ignorant to how seriously fighters take Shooto.

“Even if these fighters eventually become famous and fight in the big shows, Shooto is like their home, somewhere they can always come back to,” he says. “Even if they start their own gym or dojo, their students are going to be fighting in amateur Shooto, and the cycle goes on and on.”