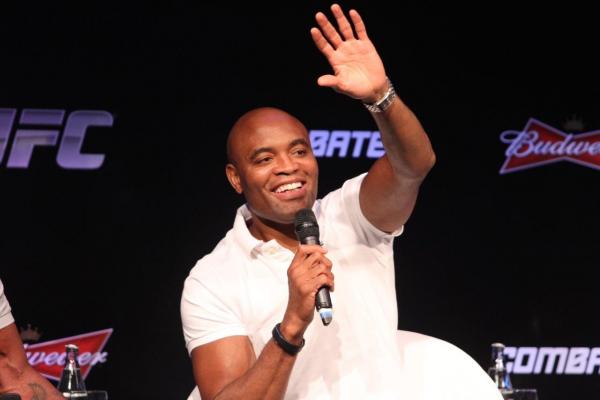 Matchmakers thought outside the box with Anderson Silva at UFC 183. | Photo: Marcelo Alonso/Sherdog.com


One age-old question arises every year in late December: What do you want for Christmas?

In the spirit of the season, a few brave staff members and contributors at Sherdog.com came together to compile their Christmas wish lists for 2014, touching on everything from the need for more creative matchmaking and the benefit of collective bargaining to the hope of seeing MMA legalized in New York and the desire to have the world’s best heavyweight return to full health.

Perhaps a few of these wishes will be granted in the days, weeks and months ahead:

Jordan Breen, administrative editor: Maybe I’m becoming an old fuddy-duddy, but I appreciate a practical gift. Functionality is a gift-giving virtue in my books. Times are tough for the Ultimate Fighting Championship, and MMA by extension, but I’m not pining for a big-ticket, Brock Lesnar-ish item. I’m pro-socks, pro-undies, so let’s talk about creative basics.

The UFC has a bazillion cards now and this is, for the time being, an immutable fact. There are only so many fighters and fights that move the much-discussed “needle” in this sport, and short of more Conor McGregor-esque figures showing up, the cast we have is the case we have. The best thing the UFC can do at this point is to use the assets it has as creatively as possible.

For years, the UFC has really boxed fighters into their weight classes and put all athletes on the same promotional path, the idea being that everyone is challenging to be the champion. This is still a crucial part of this sport and their promotion, but a reality of modern MMA and the modern UFC is the existence of fighters like Anderson Silva, Urijah Faber, Rashad Evans and Lyoto Machida -- great fighters that are not necessarily going to fight for a title again any time soon. Let’s not confuse their predicaments with being obsolete, however. With just a bit of outside-the-Zuffa-box thinking, these fighters can be more exciting assets at a time when the company needs as many sparks of interest as possible.

There is cause for optimism, too: Silva-Nick Diaz at UFC 183 is a beautiful step in this direction. Diaz following the typical path of a contender is statistically negligible as a possibility, and Silva was twice vanquished by Chris Weidman. Does anyone really believe we’d be better off with Silva facing Tim Kennedy and Diaz facing Rick Story? Of course not. Those are legitimate fights but far from the most provocative bouts Zuffa can offer. There are rumors of a Frankie Edgar-Urijah Faber fight being targeted in 2015; this, too, would represent another great touch. If Edgar is waiting behind Conor McGregor and Faber has worn out his championship karma, why can’t two of the best 25 fighters in MMA history duke it out, perhaps in a five-round main event, and actually add something to their legacies?

The UFC will never stop classically building contenders, nor should it. However, if in the near future Demetrious Johnson has conquered all flyweight contenders, the promotion shouldn’t be sheepish about him flirting with a 135-pound return, and it need not automatically necessitate him relinquishing his title, unless he so wished. If Machida and Evans are sitting on the shelf not doing anything in the New Year, should we squander the chance for Machida-Evans 2 because MMA’s favorite urine-drinking karateka is now a “middleweight” in name? If Mark Hunt needs a dance partner and a well-fed Anthony Johnson is available, why can’t we have it?

It says something that so many folks were crushed and crestfallen to see B.J. Penn get clobbered into retirement by Edgar earlier this year. For years, Penn was the only fighter with the unique blend of skills, bravado and magnetism to blur the lines between weight classes and dare to fight the best fighters available, all the time. When he came back to the UFC in 2006, he was booked against Kuniyoshi Hironaka initially. This is exactly the kind of sound-but-unspectacular fight rooted in the idea of “competition” that simply doesn’t appease. The minute Georges St. Pierre got hurt, Penn forcibly inserted himself into a rematch with Matt Hughes. Even if he wasn’t better for it sometimes, MMA was always better when Penn dared to dream, and when the UFC let him do it. “The Prodigy” was great, but he shouldn’t be the only man allowed to dream.