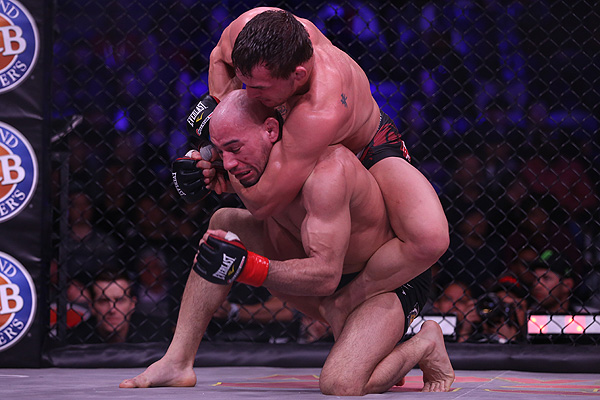 
No pay-per-view, no problem.

While Tito Ortiz’s neck injury nixed his bout against Quinton Jackson and with it Bellator MMA’s first foray outside the free-fight realm, the show must go on. For those who were never interested in a main event featuring a pair of ex-Ultimate Fighting Championship titleholders that was high on name value and low on upside, the rematch between Michael Chandler and Eddie Alvarez -- their first fight was one of 2011’s best -- remains the marquee attraction.

Now, Chandler-Alvarez 2 headlines a free show on Spike TV, along with two other title bouts. It is a tried-and-true format for the promotion. As an added bonus, there will be no serious competition, at least MMA-wise, threatening to steal eyes away from the event on Saturday at the Convention and Entertainment Center in Long Beach, Calif. Instead of worrying about buy rates and price points, it is time to sit back and enjoy one of the best cards Bellator has ever put together.

Here is a closer look at Bellator 106 “Chandler vs. Alvarez 2,” with analysis and picks: 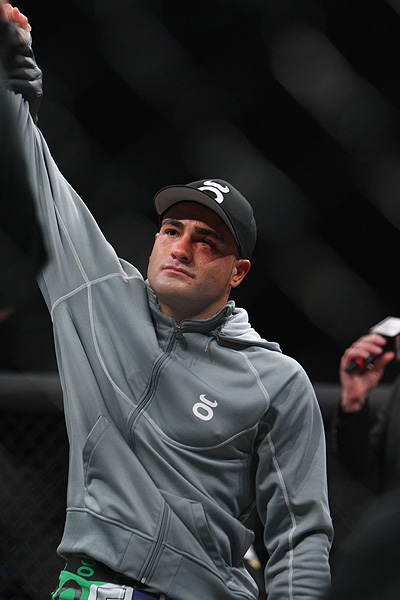 Photo: D. Mandel/Sherdog.com
Alvarez has won nine of 10.
The Matchup: If for some reason you have not watched the first meeting between Chandler and Alvarez, it is well worth your time to set aside 22 minutes to do so before you continue reading. Even if you have seen it, there is no time like the present for an encore viewing.

OK, now that you are convinced that this fight alone makes Bellator 106 must-see TV, it is important to recognize that rematches always come with a caveat: in the fight game, rarely do return dates resemble their predecessors. A shocking Junior dos Santos knockout is countered by five rounds of Cain Velasquez dominance -- and four-plus rounds after that; a classic 25-minute duel between Donald Cerrone and Benson Henderson is followed by a first-round submission; and the list goes on. That does not mean Chandler-Alvarez 2 is not worth watching; it just means it could be different. If the two lightweights come anywhere near producing a reasonable facsimile of their initial encounter, we all win.

Of course, Alvarez was not even supposed to be here. A move to the UFC seemed like a done deal for the Blackzilians product following a head kick knockout of Patricky Freire at Bellator 76 in October 2012. However, a matching rights dispute between the two promotions became ugly and threatened to shelve Alvarez for an extensive period. As it is, this will be the Philadelphia native’s first bout in more than a year. Eventually, Alvarez relented and re-upped with Bellator, but he appeared less than enthused about the deal in the interviews that surfaced shortly thereafter. If anything can re-ignite Alvarez’s passion, it is the chance to avenge the loss to Chandler. The chance to compete, no matter the employer, figures to be more than a welcome change, as well.

Chandler’s first victory over Alvarez marked a coming-out party of sorts for the former University of Missouri wrestler. Sure, he had been impressive in dispatching Marcin Held, Lloyd Woodard and Freire to capture Bellator’s Season 4 lightweight tournament, but that run made him no less of an underdog heading into his bout with Alvarez. It did not take long for Chandler to establish himself as a serious threat, as he dropped the reigning champion almost immediately with a Superman punch and floored Alvarez again later in the first round with a right hand. Chandler survived some heavy fire in the next two frames -- including a likely 10-8 authored by Alvarez in round three -- and recovered to submit his opponent in the fourth round. What stood out most was that Chandler, unable to use his wrestling to hold down Alvarez consistently, was forced to rely on his striking. Such evolution is par for the course for Chandler, who transitioned from the Missouri wrestling mats to MMA as a relatively raw prospect.

Today, the reigning 155-pound king is far more than a top-game wrestler. His ever-improving standup and submission defense is backed by high-level athleticism, a scary mix for opponents. Whether it was going toe-to-toe with Freire, becoming to first person submit Olympic judoka Rick Hawn or absolutely obliterating the versatile David Rickels, Chandler has shown that he can do it all.

That brings us back to Alvarez, the man best equipped to end Chandler’s title reign before his recently inked eight-bout contract expires.

While something of a slow starter, Alvarez is a proven finisher -- only three of his 24 victories of gone the distance -- and his standup arsenal is more versatile than that of the hard-punching Chandler. In addition to solid boxing skills and an understanding of angles, Alvarez’s ability to throw both low and high kicks makes him even more dangerous. He is also adept at changing levels with his punches, utilizing fakes and feints to set up head and body work. Alvarez is not much of a takedown threat, but he showed a decent ability to return to his feet when planted by Chandler in their first bout.

The Pick: Alvarez would like nothing more than to engage Chandler in a wild scrap. However, it is hard to overlook the layoff and his overall disenchantment with the promotion in a closely matched bout, especially since Chandler keeps getting better. Chandler wins by TKO or submission in round three.