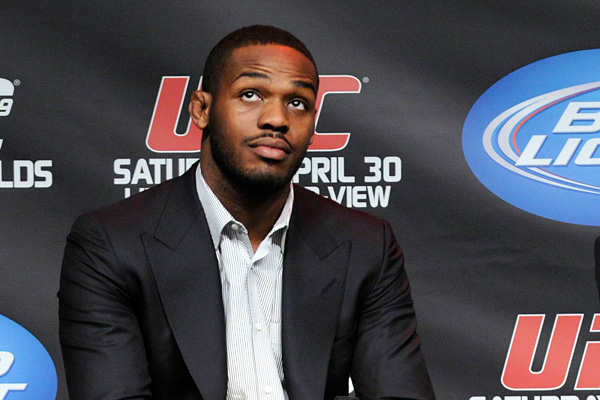 
When an unconscious Lyoto Machida dropped to the canvas at UFC 140 on Dec. 10 in Toronto, it marked the end of a spectacular year for UFC light heavyweight champion Jon Jones. “Bones” went 4-0 in 2011, stopping an undefeated fighter and three UFC champions. It was an extraordinary accomplishment and has fans asking whether it was the most impressive single year for a fighter in mixed martial arts history.

There are a number of factors that go into evaluating the success of a year. First and foremost, a fighter’s record matters. Without at least three wins, it is hard to consider any year one of the best ever. Likewise, a loss pretty much discounts a year from consideration. How impressive the fighter was in winning is also important, as finishing opponents spectacularly means significantly more than squeaking by on decisions. Quality of opposition is paramount, too. Wins have to come against dangerous foes. Finally, the stage matters. There is greater pressure to perform on the biggest of stages, and that is where reputations are forged.

Jones’ feat in 2011 is made all the more impressive by a changing landscape that does not favor dominant single years. The UFC provides fighters ample time to prepare for individual fights, and top fighters get handsome paydays that allow them to take time off between bouts. Neither Anderson Silva nor Georges St. Pierre, widely considered the top two pound-for-pound fighters in MMA, have fought more than twice in a year since 2008. In fact, St. Pierre has not won three fights in a year since he first captured the UFC welterweight title. St. Pierre and Silva are the best fighters of the era, but neither has a particular calendar year that stands out.

In spite of that recent trend, there is no shortage of competition when it comes to impressive single years in MMA history. Jones is in the discussion with an elite group of all-time great performances. As the sport has evolved, so, too, has the nature of individual accomplishments. That does not always make for ideal comparisons, but each era has its share of extraordinary years.

The early days of the UFC were defined by single-night tournaments. This allowed the best fighters to win large numbers of fights over the course of a year. It also meant they would frequently fight against opponents that were overmatched or did not really belong in the competition at all. As such, there are some feats that sound impressive on paper but not quite as impressive when analyzed more deeply.

A comparison between today and the early days of the UFC is difficult enough. With Pancrase, it is basically impossible. Pancrase featured many of the top fighters of its era. However, it also featured worked fights and carrying of opponents (extending fights artificially for entertainment purposes). As such, it will not be included here.

Royce Gracie File Photo
Gracie went 8-0 in 1994.
Royce Gracie put the UFC on the map in 1993, but it was in 1994 that he enjoyed his best year. Gracie won all eight of his fights and captured the UFC 2 and UFC 4 tournament championships. He also turned in a pair of signature performances, overcoming adversity to submit Kimo Leopoldo and Dan Severn.

Gracie’s reputation as a fighter was almost entirely forged by the time 1994 concluded.

Jiu-jitsu was the first dominant discipline in MMA, but, by 1996, a wave of American wrestlers had completely changed the game. Leading the way was Mark Coleman.

“The Hammer” won the UFC 10 and UFC 11 tournaments so impressively that many believed him unbeatable. The UFC could not even get an opponent to come out for the finals of UFC 11 against Coleman.

Coleman’s signature win of 1996 came against Don Frye, who had one of MMA’s better years in 1996 even considering that loss. Frye compiled a remarkable record of 10-1 in 1996 alone, winning the UFC 8 and Ultimate Ultimate 2 tournaments and making it to the finals of the UFC 10 draw. Frye’s accomplishment was marred by one of the few illegitimate fights in UFC history: a 20-second bout with Mark Hall at Ultimate Ultimate 2.

Kazushi Sakuraba was already an elite fighter, but in 2000, he became MMA’s top star. Sakuraba ran up a 5-1 record, with victories over three Gracies at a time when the Gracie mystique was still strong. The crowning jewel was a legendary 90-minute contest against Royce that was Royce’s first real loss. Sakuraba’s only setback that year came against Igor Vovchanchyn, but there were several mitigating circumstances. Vovchanchyn outweighed him by 40 pounds, Sakuraba had already fought 90 minutes that evening against Gracie and Sakuraba still gave Vovchanchyn a tough fight.

Sakuraba’s run would not last much longer. In 2001, Wanderlei Silva went 4-0, defeated Sakuraba twice and was crowned the first Pride Fighting Championships middleweight champion. Working against Silva was the fact that his other two wins came against much lesser opposition. Silva turned in another all-time great year in 2003, when he bested Sakuraba, Hidehiko Yoshida and Quinton “Rampage” Jackson to win the 2003 Pride middleweight grand prix. 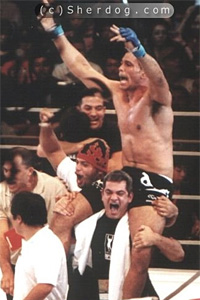 Antonio Rodrigo Nogueira File Photo
Nogueira went 5-0 in 2002.
The 2001 campaign was transcendent for another Pride fighter, as well. Antonio Rodrigo Nogueira captured the Rings King of Kings title at the beginning of the year and then quickly made a splash in the Pride heavyweight division. His submission win over heavyweight grand prix champion Coleman came as a surprise to many, and he then defeated Heath Herring in a classic bout to become the first Pride heavyweight champion. Nogueira’s 6-0 year established him as the sport’s top fighter.

While many fighters fall off immediately after a remarkable year, Nogueira went 5-0 in 2002 with memorable submission victories over Bob Sapp and Dan Henderson.

That set up a hotly anticipated rematch with Nogueira. It was stopped early by a ghastly cut on an unintentional head butt, but Emelianenko then won the rematch on New Year’s Eve to leave no doubt who was the better man.

The year that gets mentioned most often as MMA’s most impressive was Mauricio “Shogun” Rua’s 2005. In winning that year’s Pride middleweight grand prix, “Shogun” took out a prodigious list of opponents: Quinton Jackson, Antonio Rogerio Nogueira, Alistair Overeem and Ricardo Arona. All four were highly regarded at the time, and, with the exception of Arona, they remain highly regarded today. Moreover, Rua did it with style. In particular, he demolished Jackson and Arona in spectacular fashion.