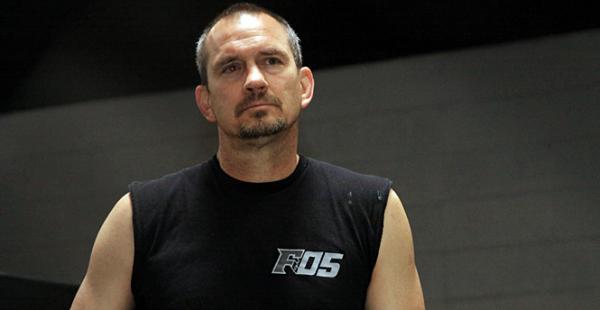 ALBUQUERQUE, N.M. -- It was but a momentary lapse in reflex, something that one of the world’s premier striking coaches would catch 999 times out of 1,000 in a routine practice. Probability says the odds were heavily against Mike Winkeljohn losing his right eye during a mitt session on Sept. 23, 2009; less than a one-percent chance, really. However, anyone with deep roots in the fight game will tell you every underdog has its day.

When the man affectionately known as “Wink” felt the toenail of a longtime kickboxing student slice his eyeball in half, his mind began to race -- not with thoughts of fear, denial or self-pity, however, but of an impending trip to corner one of his fighters in Puerto Rico the next day. A cut, which was Winkeljohn’s initial self-diagnosis, would surely add a measure of inconvenience to the work ahead. It quickly became apparent that his situation was far more serious than a run-of-the-mill scrape.

“I asked the person that kicked me if it was cut,” Winkeljohn recalled. “He goes, ‘No, coach, it’s your eyeball.’ I felt moisture, and it was all the fluid from inside my eye. It just shriveled up like a little grape; I was in shock, so I didn’t feel it. I saw [the look] on the doctor’s face after she examined me. I knew [it was bad].”

Growing up in Albuquerque, Winkeljohn always wanted to be the toughest guy in the neighborhood for what he would now tell you were the wrong reasons. Now, some seven months shy of his 50th birthday, family, friends, fighters and fellow coaches alike would concur that he is indeed that guy, though perhaps not in the exact mold that a teen-aged Winkeljohn might have envisioned.

Losing an eye can be a life-altering moment for a person in any line of work, much less for someone whose profession requires the right blend of instinct and coordination to keep a group of finely tuned professional athletes at its peak. Many of those closely associated with Winkeljohn would agree that the unfortunate incident of two and a half years ago changed the man they had previously known. In many aspects of his life, they would say, he got better.

One thing has not changed: Winkeljohn is still the baddest man on the block.

“I think he was uncertain [about coming back]; I wasn’t uncertain,” said Greg Jackson, Winkeljohn’s partner at Jackson’s Mixed Martial Arts. “I just know how he is. I knew nothing was gonna stop him -- you can shoot that guy 10 times in the chest, and he’d still come at you with a .45. I didn’t have any doubt that he would be working. There’s another reason he’s your hero. Nothing slows that guy down. Things that would have slowed other people down, he just shakes them off.”

Fake It ’Til You Make It

It was hardly preordained that Winkeljohn would ascend to any kind of status in the combat sports world. The son of a nurse, Mary Anne, and an engineer-turned-real-estate-developer, Alan, the young Winkeljohn lacked focus in his early athletic endeavors, bouncing from baseball to basketball to track and field at Albuquerque’s Manzano High School.

Nothing stuck, however, perhaps because Winkeljohn had been focused on helping out around the house after his parents divorced when he was 12. As the second oldest of four brothers, he felt a sense of responsibility relatively early in life.

Jon Jones File Photo
Jones has flourished under Winkeljohn.
“We had to be home early enough so [my mom] could go and work the night shift,” Winkeljohn said. “All my friends wanted to go out and get in trouble, so that probably helped in a way because it taught me things. I wasn’t so worried about getting smacked as I was about disappointing my mom. She meant everything to me; she still does.”

Though he was never a terror on a hardwood or diamond, Winkeljohn enjoyed testing his mettle with his fists. He was good at it, too, even though he cannot pinpoint where he acquired his fighting DNA. Today, his older brother is a nuclear engineer; one younger brother works at Southwest Airlines, while the other is an IT specialist.

“I’m definitely the black sheep of the family. I’m a little different than everybody else,” he said.

As a young man, Winkeljohn won plenty more street fights than he lost, but it took only one humbling experience for him to seek out further instruction in his ever-evolving passion.

“I got beat up one day by a guy who was much smaller than me: a good wrestler who had some good boxing hands,” Winkeljohn recalled, dissecting the fight like the coach he has become. “It made me think, ‘Hey, I better change this.’ I did really good up until that point in time. I had my share of good moments -- which I’m not proud of. I think I was doing a lot of things for the wrong reason.”

Winkeljohn’s learning curve would accelerate and his philosophy would begin to change the day he walked into Bill Packer’s gym. Packer was an instrumental figure in shaping martial arts in the United States, fusing the physical elements of American Kenpo Karate with the philosophy and tradition of its Asian roots. As one of the founding fathers of the American Kenpo Karate Academy, Packer used his training methods to guide AKKA kickboxers to numerous national and world titles.

Winkeljohn would become one of those champions, but on that first day he was mostly interested in becoming more proficient at beating up people. The advanced prowess of the fighters he saw training told him he had come to the right place, and while he would get much better at fighting, those skills would be showcased within the parameters of organized competition.

With just four amateur fights under his belt, Winkeljohn went on to amass a 25-7-2 record as a professional kickboxer, including memorable battles with Marek Piotrowski and Coban Lookchaoemaesaithong. In 17 years, he would capture two International Sport Karate Association championships and one muay Thai world title. Many of his achievements were aired in the relative obscurity of late-night ESPN broadcasts, then not at all once the network went dark on its kickboxing coverage. Winkeljohn does not care to revel in past glories -- “they’re just titles,” he said -- but he is quick to throw a playful jab toward his current charges, many of whom have benefitted from the escalating popularity of mixed martial arts.

“He does make fun of me to keep me on my toes,” said UFC light heavyweight champion Jon Jones. “He’ll say, ‘Oh, you got an interview to do tonight? I guess that’s more important than the fight.’ He just makes fun of the 2012-style fighter; he’s from an age when there were no video interviews or Twitter. I always tell him, ‘It’s not my fault.’ It’s just what fighting is nowadays.”

Winkeljohn began coaching in the midst of his fighting career, with no inkling as to how far the journey would take him. He would not become truly successful until he retired from kickboxing, however. A more narrow focus allowed him to devote full energy to his students instead of himself. 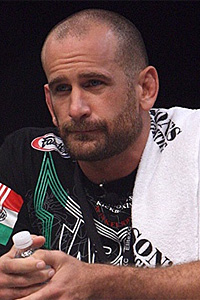 Greg Jackson File Photo
Jackson has been a partner since 2007.
“All I can say about fighting is it’s all-consuming,” Winkeljohn said. “It’s all you think about. All you think about is your fight, and it causes problems in your life in that your wife or someone else can look at you and you’re lost in thought.”

Winkeljohn credits Packer for helping him reach the heights that he achieved.

“I think he was a master of the mindset. He could talk me into doing anything. He’s able to do that and makes you believe in yourself,” he said. “He was all about ‘fake it ’til you make it.’ He gave you a reputation to live up to. When people start believing in you, [you] start believing in [yourself] and start aspiring to what everybody else thinks [you] should be. He was the king of being tough when it comes to that.”

The Beginning of a Dynasty

The foundation for Winkeljohn’s crossover into MMA was laid when he started competing in the Russian-based combat sport of Drako, which combined Winkeljohn’s forte -- kickboxing -- with takedowns. Submissions were not allowed. Most importantly, “they were paying really well,” Winkeljohn said. Around that same time, an organization called the Ultimate Fighting Championship held its first event in Denver.

Drako exposed Winkeljohn’s lack of wrestling aptitude. To help remedy those deficiencies, he sought out Chris Luttrell, an Albuquerque police officer who was an acquaintance from high school. Winkeljohn would spend the better part of a year inside the University of New Mexico wrestling room, refining his all-around skills. Through Luttrell, Winkeljohn was introduced to Jackson, and the two men began exchanging philosophies on standup and ground fighting.

“Chris was a big part of what we did, because he came from that wrestling, aggressive physical side. Greg was more laid back but very well understanding of street mentality. The coming together of all of us helped quite a bit,” Winkeljohn said.

Winkeljohn had been running his own martial arts school, the American Kenpo Karate Academy, since the early 1980s, moving locations once while continuing to combine the beginnings of MMA with his own martial arts teachings. His interest in the developing sport would cause some conflicts with his mentor, Packer.

“I would go and roll with Greg and then I would go right back and teach my classes,” Winkeljohn recalled. “I was always kind of a crux because here I’m teaching people traditional martial arts, which I love, because there are so many things that are taught that have nothing to do with fighting, but at the same time my heart is in the fighting part of it.

“I’m having arguments with Mr. Packer [at the time], who was really into the Kenpo side, and all I want to do is teach people how to fight and get better at what they do,” he continued. “It was causing a few headaches along the way. I started just doing grappling and kickboxing at my school. I kind of just transitioned out of it, just because that’s where my heart was at. In the meantime, I opened a school in [northeast Albuquerque]. I built it myself.”

“
I asked the person that kicked
me if it was cut. He goes,
‘No, coach, it’s your eyeball.’ I felt
moisture, and it was all the fluid
from inside my eye. It just
shriveled up like a little grape.

While they would work closely together for many years, Winkeljohn and Jackson did not officially become partners until 2007. Today, the sign outside the southeast Albuquerque gym location bears the name Jackson-Winkeljohn Mixed Martial Arts. It might be more commonly known as Jackson’s MMA around the world, but those on the inside recognize both men equally.

“Wink’s been my guy for this whole time,” said 13-time UFC veteran Keith Jardine. “Greg’s always been there; he gets a lot of the credit and he deserves it, but Wink is the other guy that hasn’t got the credit. Between rounds, he’s always the guy in the corner talking to me. He’s that guy that I can always rely on.

“My kicks are all because of Wink,” he added. “I was working out with a [Holland-based] kickboxing coach last week, and the guy comes and tells me: ‘There’s no way an American taught you those leg kicks.’ I said, ‘No, Mike Winkeljohn did.’ I was pretty proud to say that.”

Finish Reading » “She’s got one arm that looks like a little wing; she’s not able to use it really well. So I spend days sometimes trying to do everything with one hand. It’s a lot easier to be blind in one eye than it is to have one hand.”