VAN NUYS, Calif. -- It was just another Wednesday night in Las Vegas. Karo Parisyan was in his hotel room and WEC 44 was on the television. Parisyan’s cousin and training partner, Manny Gamburyan, scored a win over Leonard Garcia. The following Saturday, Parisyan would be the one fighting.

A scheduled fight with Dustin Hazelett was nothing out of the ordinary for the perennial top 10 welterweight contender. Parisyan had been fighting grown men since the age of 14 and competing in the UFC since the age of 21. He had fought 12 times previously in the Octagon. Hazelett was just another opponent, but something was terribly wrong.

“I’m not a coward. I never will be,” Parisyan says. “But I could have put a bullet in my brain.”

Parisyan would not fight on that Saturday night in November 2009. Then, in the blink of an eye, it seemed his once-promising UFC career was over.

A judoka since childhood, Parisyan made his professional MMA debut in 1999, at the age of 16. He broke out in early 2003, beating veteran Antonio McKee and the heavily hyped Fernando Vasconcelos in a six-week span. His only losses had come as an 18-year-old to the highly regarded Sean Sherk in 18- and 16-minute bouts, largely due to his conditioning rather than a difference in skill.

Scheduled to headline a King of the Cage event against Dennis Hallman, Parisyan instead took the call from the UFC. He met Dave Strasser at UFC 44 and, with a highlight-reel seoinage throw followed by a smooth kimura for the tapout, immediately re-emphasized the potential for judo in MMA.

Racking up a 9-2 mark in the UFC, Parisyan was one of the welterweight division’s top stars. While his record stood out, it was his style that most distinguished him. Japanese MMA always featured a strong judo influence, but in American MMA, the ground game was dominated by wrestlers and jiu-jitsu practitioners. Parisyan demonstrated that judo could also be a pivotal tool in modern MMA, with crowd-pleasing throws and ground dominance.

During this period, Parisyan was held back by an overreliance on his natural talent. His only loss other than a competitive decision defeat against the incomparable Georges St. Pierre came against rising star Diego Sanchez. Sanchez was renowned for his dedication to training, while Parisyan came in startlingly unprepared.

“When I’m training and in shape, I can do a lot of good stuff,” Parisyan says. “If I don’t, then I half-ass it. With Diego Sanchez, I trained three weeks for that fight with Tito Ortiz. These are fights that you can see, ‘Dude, Karo would have beaten him for sure.’”

Judges Marcos Rosales and Doc Hamilton had Sanchez-Parisyan even going into the final round, but Sanchez pulled away in the third and scored a unanimous decision victory. The loss prevented Parisyan from receiving a long-anticipated -- and once scheduled for UFC 56 -- welterweight title shot.

Growing up, Parisyan never had issues with anxiety or panic attacks. In fact, the problem did not present itself when he started fighting, either. It was not until 2008 when he recognized something was amiss. In the afternoon before his bout with Thiago Alves at UFC Fight Night 13, Parisyan’s body began behaving strangely. He urinated 45 to 50 times in the hours leading up to the fight. He could not sit down or relax.

A flood of concerns raced through his head: purchasing a new house, relationships with women, expectations from his friends and family, pain medications he was taking. There was also the small matter of having to walk out in front of more than 6,000 people and fight another man in a cage.

“I didn’t want to fight,” Parisyan says. “I was terrified of everything. I was cold, I was shivering and I had to get up and fight in the UFC against a guy who worked his ass off to knock my head off. After the fight, I didn’t care about anything. I was just relieved that I was done.

“Everyone gets nervous for a fight. It’s normal. Nervousness has never been an issue,” he adds. “Scared? Not in this universe. But with anxiety, it’s like a hamburger patty is blown up to the size of a whole cow on steroids in your head.”

Scheduled to face Yoshiyuki Yoshida at UFC 88 in Atlanta later that year, Parisyan pulled out of the fight the week of the event. There was speculation at the time that anxiety issues played a role in that decision, but Parisyan insists the dispositive factor was the sciatic nerve in his back. His struggles would only intensify from there.

Going into his January 2009 fight with undefeated Korean Dong Hyun Kim, Parisyan was suffering from a hamstring injury, which had lingered since 2005, when it forced him out of his title fight with Matt Hughes. The morning of the bout, he took a handful of prescribed pain medication. He mentioned it to the commission after the fight but did not write it down on his pre-fight questionnaire.

Parisyan was awarded the judges’ decision against Kim, but, after the fight, the victory was overturned by the commission and Parisyan was fined $32,000 for testing positive for a banned substance. Parisyan’s doctor faxed over his prescription, but the prescription did not constitute a defense to the positive test.

By now, the problems were piling up for the one-time elite welterweight. He wanted to stop using prescription painkillers. He was coming off a loss and now a no decision. Worse, his financial burden -- taking care of his mother, father, grandmother and sister -- was exacerbated by the commission’s fine. Stress and anxiety were building and getting ready to once again explode.

‘The Worst Day of My Life’

The week of UFC 106, Karo Parisyan arrived in Las Vegas expecting to get his career back on track, but by Wednesday, his body and brain began to turn on him again. He realized he was not going to be able to fight. Worse yet, he did not know how to tell anyone.

Andy Dermenjian, a training partner of Parisyan’s, was his roommate the night the panic attacks again hit. 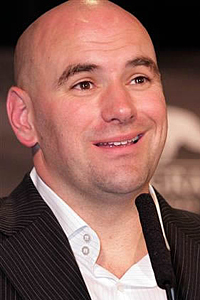 Parisyan labels it the worst day of his life. He told UFC President Dana White he was withdrawing from the Hazelett fight. He paced back and forth. His cell phone began lighting up with calls. He packed up his things and flew back home to Los Angeles.

“Karo Parisyan has f---ed over the UFC, the fans and his opponent again!!!” tweeted White. “He will not be fighting Saturday or ever again in the UFC!!”

“Ever again” does not always last that long for White, a frequent advocate of second chances. Three months later, Parisyan received a call out of the blue from the UFC boss.

White and Parisyan spoke about what had happened and what led to Parisyan’s decision to withdraw from the Hazelett macth. Parisyan had a six-fight deal on the table from Strikeforce, but White recommended he only sign a three-fight deal with the San Jose, Calif.-based promotion. Parisyan told White he was not interested in signing with Strikeforce at all and would instead take one fight in Australia for Impact FC.

“I know Dana White,” Parisyan says. “Deep down he’s a nice guy. He’s a hothead; I’m a hothead. In the heat of the moment, you say stuff you later regret. I knew eventually I’d come back. You’ll never find a judo guy with throws like me. He told me everyone deserves a second chance: ‘Karo, I’ve always liked you.’”