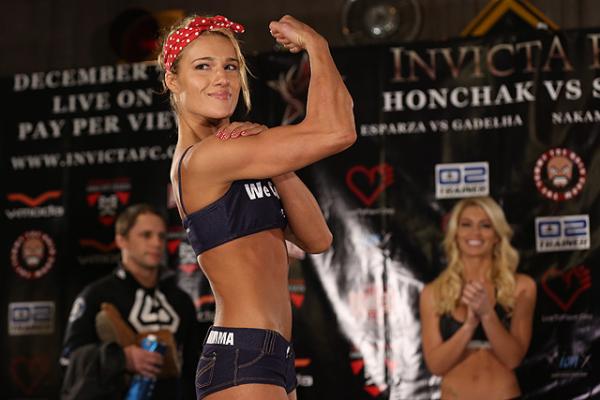 
The Ultimate Fighting Championship will venture into uncharted territory for Season 20 of “The Ultimate Fighter” reality series, as it hitches its wagon to an all-female cast for the first time.

The season will feature 16 prospective strawweights, as they compete for the right to become the UFC’s inaugural women’s champion at 115 pounds. Reigning UFC lightweight titleholder Anthony Pettis and No. 1 contender Gilbert Melendez will coach opposite one another before squaring off with 155-pound gold on the line once the season concludes. “The Ultimate Fighter 20” premieres on Fox Sports 1 at 10 p.m. ET/PT on Sept. 10.

Having debuted on Spike TV in 2005, “The Ultimate Fighter” has served as a launching pad for many of the UFC’s most accomplished fighters, from former light heavyweight champions Forrest Griffin and Rashad Evans to current bantamweight boss T.J. Dillashaw. The show aired for 14 seasons on Spike TV and spent three seasons on the FX network before landing on Fox Sports 1.