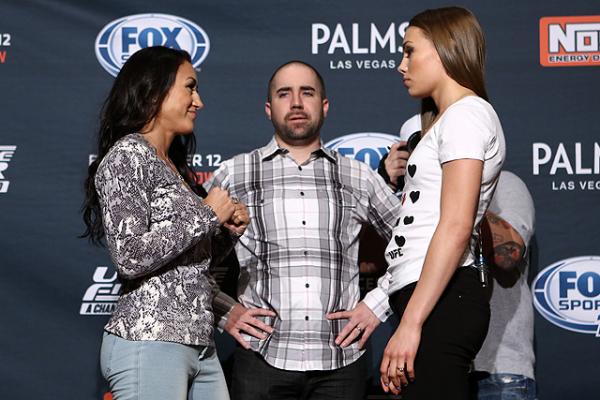 
“The Ultimate Fighter” Season 20 represents the Ultimate Fighting Championship’s most ambitious effort with its flagship reality show in years, and it reaches its conclusion -- the women’s strawweight championship fight -- with the finale. Rose Namajunas is undoubtedly a rising star, but will the more experienced Carla Esparza be too much too soon for the talented but raw Milwaukee native? It is an intriguing question and a potential barnburner of a fight.

Under the main event, featherweight mainstays Jeremy Stephens and Charles Oliveira will put on a fantastic action scrap between a knock-you-dead power puncher and one of the UFC’s most venomous submission grapplers. Elsewhere, Daron Cruickshank returns for his fifth appearance of the year against K.J. Noons in a solid action fight, while Yancy Medeiros and Joe Proctor will undoubtedly throw hands and exchange submissions, as well.

The rest of the card consists mostly of matchups of “Ultimate Fighter” competitors. It is important to bear in mind that most of these women are still effectively prospects. They are talented, to be sure, but there are still substantial gaps in their skills that only time in the gym can fill. They are, on the other hand, the very best prospects available in this weight class and their raw athleticism and upside are obvious, especially with the semifinalists and title challengers.

Let us take a look at each individual matchup at “The Ultimate Fighter 20” Finale, scheduled for Friday at the Palms Casino Resort in Las Vegas. 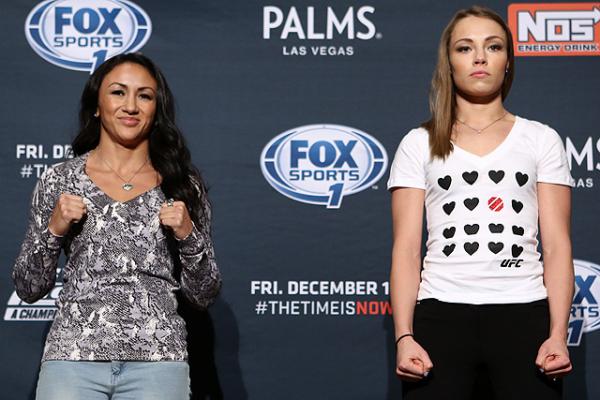 Photo: D. Mandel/Sherdog.com
Esparza has an experience edge.
THE MATCHUP: Uber-prospect Namajunas takes on the more experienced Esparza for the inaugural UFC strawweight title. Namajunas, the girlfriend of former UFC fighter and Glory kickboxer Pat Barry, traveled with him from Roufusport to Grudge Training Center in Colorado and has clearly benefited from the top-notch training she has received in her brief career. Esparza, the former Invicta Fighting Championships strawweight titleholder, was the top seed on “The Ultimate Fighter 20” for good reason: She has already beaten fighters like Felice Herrig and Bec Rawlings, and she is still young and improving in her own right.

Namajunas reminds me of a much more athletic Carlos Condit mixed with her former teammate Anthony Pettis. While not a particularly outstanding wrestler, she is exceptionally dangerous from her back with submissions and sweeps, scrambles beautifully and makes good use of her rangy frame. The real point of comparison with Condit, however, is Namajunas’ almost pathological aggression. She is exceptionally dynamic and constantly looking to finish the fight in every phase. Her striking is relatively raw, but she can string together solid combinations with her hands and throws sharp kicks. Defense is a problem, as it is for many young fighters, and Namajunas relies on her chin in exchanges far too much. Still, she is growing and evolving rapidly from fight to fight, and it is difficult to tell what kind of improvements she has made over the last several months.

Esparza is an outstanding wrestler, with All-American credentials in college and the kind of strength and athleticism one would expect from someone with that background. She knows how to grind away and kill the clock but also owns powerful finishes to her takedowns, chains her attempts nicely and scrambles quickly on the mat. She combines that wrestling game with reasonably solid grappling, as she knows how to maintain top position, keeps a brutally heavy base, can drop powerful strikes and hits the occasional submission in transition. The problem is her striking game: Esparza knows how to throw punching combinations and the occasional kick, but her chin pops up in the air as she throws and her defense is effectively nonexistent.

THE PICK: The X-factor here is Namajunas’ incredibly rapid learning curve. She is undeniably the quicker, more explosive athlete in this matchup, and her rangy frame will make it difficult for the shorter Esparza to get inside to work her takedowns and combination punching. On the other hand, Esparza’s greatest strength -- wrestling -- is also Namajunas’ greatest weakness, and Esparza’s top game is strong. If “Thug” Rose can keep Esparza at range, she should win handily; and if Esparza gets sloppy on the mat, the more dynamic fighter will submit her. In sum, however, I think Esparza’s takedown advantage will allow her to shut down Namajunas’ scramble-based game. Esparza by close decision is the pick.