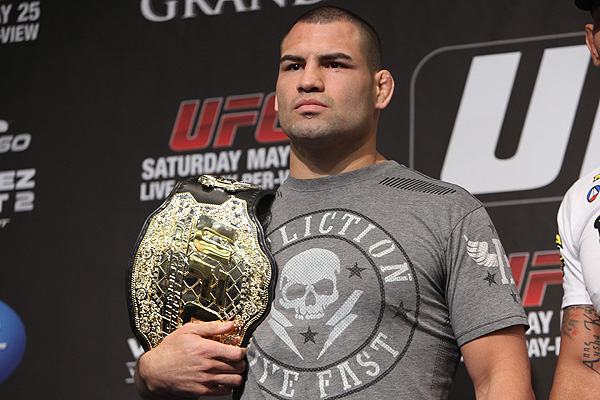 Cain Velasquez has not fought since October 2013. | Photo: Dave Mandel/Sherdog.com


The Ultimate Fighting Championship makes its second trip to Mexico with a much better offering than the first go-around. Long-lost heavyweight champion Cain Velasquez finally returns after nearly 20 months on the sidelines and draws interim titleholder Fabricio Werdum in one of the very best possible bouts in the division.

The rest of the card ranges between absolutely outstanding and totally uninteresting. The co-main event features Gilbert Melendez taking on Eddie Alvarez in a long-awaited lightweight bout that should be an epic barnburner; Kelvin Gastelum makes a forced return to middleweight against declining veteran Nate Marquardt; rising women’s strawweights Angela Hill and Tecia Torres meet in an excellent scrap; and on the prelims, Olympic gold medalist Henry Cejudo gets the chance to make a big statement against Chico Camus. The remaining bouts offer the possibility of strong action but little in the way of divisional relevance.

Let us take a look at each fight at UFC 188 “Velasquez vs. Werdum” on Saturday at the Mexico City Arena in Mexico City: 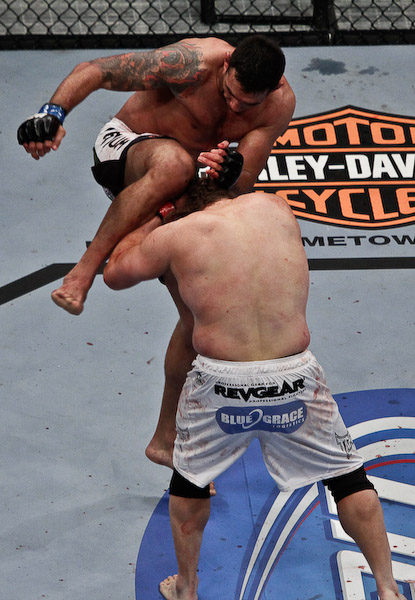 THE MATCHUP: Velasquez finally returns to action after a brutal series of injuries and layoffs. Since dropping his first title defense to Junior dos Santos in 2011, Velasquez has run off four consecutive wins, all of them in dominating fashion. Will he look the same after his time on the sidelines and the serious damage to his body? Werdum, the interim champion, is hoping that the answer is no. He has won five straight since returning to the UFC in February 2012 and snagged the belt in a knockout win over Mark Hunt on Nov. 15.

Velasquez is a pure pressure fighter. The entirety of his game is based around forward movement and pushing his opponent back toward the fence, where his endless cardio comes into play as he grinds his foe into a bloody pulp. The basis of that pressuring approach is a slipping jab that Velasquez throws early and often, which he then follows with a potent right cross or overhand. If his opponent plants his feet and throws in response to that forward movement, Velasquez is perfectly willing to exchange in the pocket, stringing together vicious combinations that he likes to punctuate with a crisp left hook. He is there to be hit, but his constant head movement makes it surprisingly difficult to tag him cleanly.

Once Velasquez forces his opponent to the fence, he really goes to work. Like Fedor Emelianenko back in the day, Velasquez dives into the clinch behind the aforementioned right hand and then proceeds to grind away. He prefers the combination of an underhook and head pressure, leaving one hand free to punch, elbow or grab a collar tie from which he can knee the body. From time to time, he pushes off, creates space and unloads a punching combination before diving back into the clinch. If the clinch is not on the menu, Velasquez instead slips under for his preferred single-leg, which he chains beautifully with doubles, ankle picks and trips. From top position, Velasquez is an absolute monster. He simply never stops punching and elbowing, and although unconventional, his passing game is exceptionally dynamic. He stays loose on top, which allows his opponent to continuously expend energy by moving between half guard and the turtle without really accomplishing anything. Few opponents can survive more than a couple of minutes with Velasquez on top.

Werdum has grown from a limited if lethal grappler into a fully three-dimensional mixed martial artist. He is not a bomber on the feet, but he does string together crisp, effective punching combinations that he loves to punctuate with a vicious left kick to the body or head. He fills the space between those forward-moving sequences with sharp low kicks and the occasional spinning kick, and he generally works at a quick pace. Defense is a problem, though, and he relies too much on his chin. His head mostly stays on the centerline; he has a bad habit of keeping his left hand too low; and he is vulnerable to counters on both his punches and his kicks.

Formerly a serious weakness, Werdum’s wrestling game has drastically improved, as well. To be more precise, his technical command of the nuances of takedowns is better, though he still struggles to set them up and occasionally shoots from too far outside. On the mat, Werdum is everything you would expect from an Abu Dhabi Combat Club Submission Wrestling World Championships gold medalist, with smooth passes, a brutally heavy base, outstanding control, potent ground strikes and slick topside submissions. On the bottom, his guard is active and dangerous, though Hunt managed to shut him down by smashing his hips against the cage.

THE PICK: Unless the repeated injuries have utterly ruined Velasquez, this fight is his to lose. Werdum does have paths to victory, namely snatching a submission from his guard, getting Velasquez down and working from the top or landing a big strike on the feet, but none of those options seems particularly likely. “Vai Cavalo” is not a big puncher; Velasquez’s takedown defense has been outstanding; and the American can maintain a much higher level of offensive output for much longer than Werdum. If Velasquez does take it to the ground, it will likely be in the later rounds, when sweat and blood will make it difficult to lock in a submission. The most likely scenario involves the champion pressuring Werdum toward the fence and taking away the space necessary to work his aggressive combination striking game, diving into the clinch and grinding away for extended periods until the Brazilian tires. Once he does, I expect him to work takedowns and pound away from top position. The pick is Velasquez by knockout due to ground strikes in the third round.