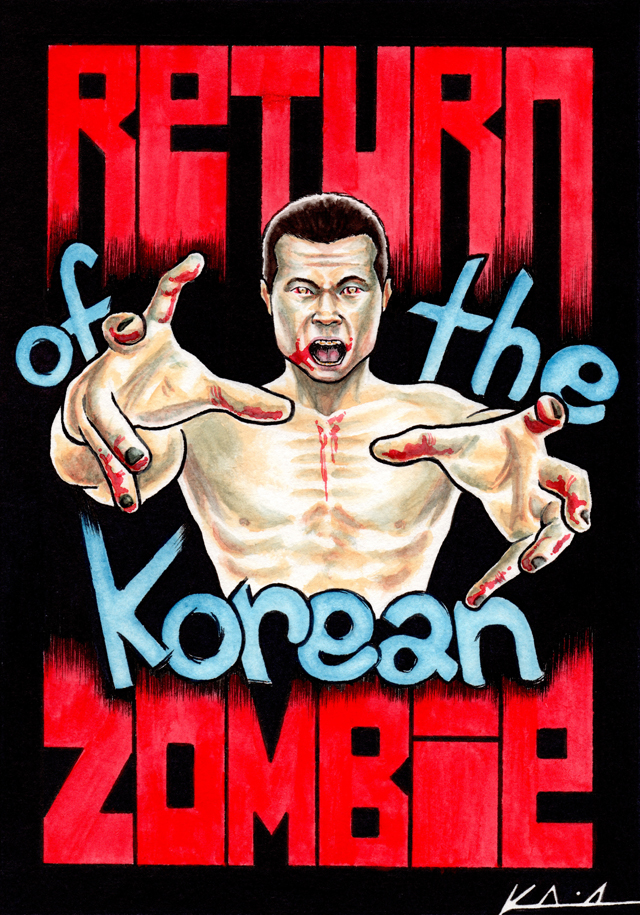 
It was over three years ago that Chan Sung Jung suffered a gruesome shoulder injury in his bout with featherweight champion Jose Aldo and subsequently opted to fulfill his compulsory service in the South Korean military. Fans around the world hope the beloved “Korean Zombie,” winner of four Ultimate Fighting Championship performance bonuses, will return in good form, having used the time off to heal and refuel his desire for fighting. However, Dennis Bermudez is no easy out and should provide a stiff test for Jung in the UFC Fight Night 104 main event on Saturday in Houston -- especially if ring rust is a factor.

Meanwhile, Alexa Grasso takes on Felice Herrig in the co-headliner. The card also features the UFC return of Invicta Fighting Championships titleholder Angela Hill. She is pitted against Jessica Andrade, who figures to become strawweight champion Joanna Jedrzejczyk’s next challenger with an impressive win. Overall, this is one solid lineup, replete with matchups that promise nail-biting action at every turn.

Let us take a closer look at each UFC Fight Night “Bermudez vs. Korean Zombie” pairing, with analysis and picks:

THE MATCHUP: Jung has been away from the Octagon since 2013. That time probably afforded him the opportunity to rest his battered body and perhaps even continue improving his technical skills. However, it almost certainly took a toll on his famed fighting style, which has always benefitted from good timing, a keen eye and an unflinching willingness to exchange blows in the pocket -- in other words, the kinds of skills which require constant maintenance to keep from rusting.

With that in mind, Bermudez does not look like an easy comeback fight for “The Korean Zombie.” For one, Bermudez has excellent cardio. For every 15 minutes of combat, he throws 142 significant strikes and shoots 9.5 takedowns. He maintains this pace remarkably well and is not shy about pressuring to keep his opponent in his sights at all times. Though not a knockout artist, Bermudez throws just about everything with full power, and his physicality means that most of his takedowns are high-amplitude lifts and throws. That sounds dangerous for Jung, especially when considering the fact that he has never been a cardio freak.

Of course, Bermudez is not a perfect fighter. His shortcomings are well-known, and they have repeatedly prevented him from breaking through into the title picture. The most troubling of these is Bermudez’s binary approach to striking. When his opponent leads, Bermudez demonstrates some basic but effective defensive skills. He moves, he blocks, he parries and he slips. The moment he starts to let his hands go, however, he is all offense; the mere thought of defense seems to evaporate from his mind completely. My theory is that this stems from Bermudez’s training, which is clearly rooted in some form of Dutch kickboxing. Dutch fighters tend to “take turns” when fighting, attacking and defending in turns. The best of them, though, like Robin Van Roosmalen, know how and when to break this pattern and in fact use it to their advantage. Unfortunately, Bermudez falls victim to the pattern far more often than he manages to exploit it; and because he does not have a granite chin, hard hitters have repeatedly managed to drop him.

To safely take advantage of this flaw, Jung would need to pick his shots well. He could out-brawl Bermudez, but attempting to do so would leave him open for the Long Island MMA rep’s whirlwind of strikes and takedowns, and it would also quickly drain his gas tank. Instead, a more measured, counter-based approach would seem wise; and fortunately for “The Korean Zombie,” that is precisely the direction in which his style was headed prior to his intermission. Jung has a keen jab and a heavy right hand, and his last two fights saw him focusing on sneaking in these weapons from range rather than squaring up and trading knuckle sandwiches at every opportunity.

Jung’s ground game, too, seems to fit the mentality of a counter fighter. He specializes in scrambles, reversals and smoothly linked chains of submissions. He is dangerous just about everywhere on the ground and surprisingly difficult to put there in the first place. Bermudez is a great takedown artist, but his top control has never met the same standard. He has also been submitted four times, accounting for all but one of his five career losses.

THE PICK: Ring rust is real. Khabib Nurmagomedov, great as he is, was lucky to fight short-notice replacement Darrell Horcher rather than Tony Ferguson in his first fight back from a long, injury-filled layoff. Horcher managed to touch up the lightweight contender in the first few minutes of the fight, and he struggled momentarily to get his trademark takedowns working. Ferguson would have jumped all over those weaknesses and dispatched Nurmagomedov with quickness. Jung cannot be expected to look like his old self, at least not until he has had a few minutes to shake off the patina. So long as he can find his footing, however, his style is actually very well-suited to an opponent like Bermudez. He hits hard and places his shots well. He stops takedowns or uses them to his advantage. He takes a punch well. There are too many question marks surrounding this fight, but in the spirit of his long-awaited return, go with the crowd favorite. The pick is Jung by third-round submission.

Next Fight » Grasso vs. Herrig