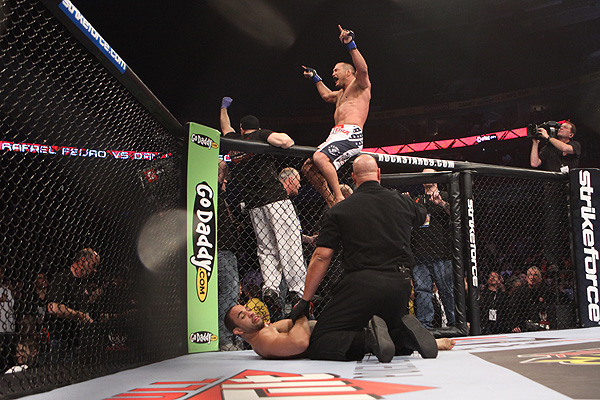 
The Ultimate Fighting Championship on Saturday makes its first trip to Louisiana since 2011 with a decent offering on Fox Sports 1. The headliner was supposed to be a light heavyweight bout between Daniel Cormier and Ryan Bader, but Jon Jones’ legal issues and subsequent suspension led to Cormier’s being re-booked against Anthony Johnson at UFC 187. In place of what would have been a solid fight between Bader and Cormier, we are left with a somewhat lackluster main event between Tim Boetsch and the fading Dan Henderson.

Matt Mitrione takes on Ben Rothwell in the heavyweight co-headliner, while Louisiana native Dustin Poirier draws Yancy Medeiros in an under-the-radar but potentially outstanding scrap at 155 pounds. Four bantamweights in well-matched fights provide some additional interest. These are intriguing bouts; the rest of the card is less compelling, though it hardly reaches the depths of previous offerings in China and Poland.

Let us take a look at each UFC Fight Night “Boetsch vs. Henderson” matchup at the Smoothie King Center in New Orleans: 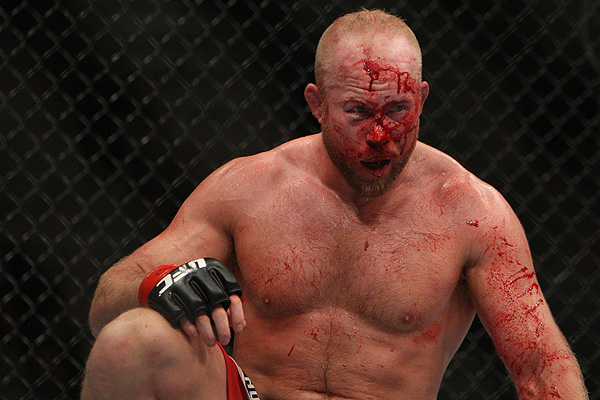 Photo: Dave Mandel/Sherdog.com
Boetsch has lost four of six.
THE MATCHUP: I have no real idea what to make of this. Henderson is 1-5 in his last six appearances, with the past three losses all coming by stoppage, and he seems to have progressively less to offer. Boetsch, on the other hand, is consistently inconsistent. His high-water mark was a stretch that saw him take a controversial decision from Hector Lombard and knock out Yushin Okami, but since then, he has gone 2-4, most recently tapping to a Thales Leites arm-triangle. It is hard to look at this fight and feel terribly good about either man’s prospects moving forward, but the bout itself could turn out to be solid.

Age has finally caught up with Henderson. His once-granite chin has turned into a point of weakness, as he has been dropped five times in his last four fights, and his once-outstanding athleticism has likewise fallen off a cliff. The old power is still there, at least in some measure, but Henderson’s ability to apply it has drastically declined. He has trouble reaching his opponent in open space, which has led him to place increased emphasis on the counter, where he does have some skill and a decent sense of timing.

His best chance of landing something substantial, however, is in the space between the clinch and striking distance. A former Greco-Roman Olympian, Henderson is still an above-average infighter, with a potent array of uppercuts, knees and hooks at close range, and he remains outstanding at sneaking in vicious punches on the breaks. He is nowhere near the MMA wrestler his pedigree suggests and has not been for decades. He has subpar defensive skills and little ability to work his own takedowns, but his clinch remains solid. Henderson offers nothing from his back, with little ability even to scramble back to his feet, but from top position, he can still drop bombs.

Boetsch is a limited but dangerous fighter. While he is a former Division I wrestler, “The Barbarian” prefers to bang it out on the feet, particularly in the pocket. While not a defensive mastermind, he does excel at rolling with or avoiding his opponent’s shots and then coming back with a combination of looping punches. When his opponent tries to get away Boetsch swarms him, dropping bombs all the while. If that fails, Boetsch dives into the clinch, where he hits nice trips and throws, controls against the fence and packs real power in his short knees and uppercuts.

Boetsch is a solid if not outstanding MMA wrestler. He has a bad habit of shooting from too far away, which gives his opponents plenty of time to sprawl, limp leg or simply step away before Boetsch gets in on their hips; conversely, his takedown defense is only decent. On the mat, he can land heavy shots from the top but lacks any sort of bottom game or a particularly effective submission repertoire.

THE PICK: This is a tough one. Neither fighter has looked great lately, and while Henderson has dropped off drastically from his peak, Boetsch was never on that level to begin with. Nevertheless, I still think this matchup favors the younger man. Boetsch packs a serious punch and likes to engage in the same tight spaces that Henderson prefers. In that kind of fight, I see Henderson getting the worst of it. The pick is Boetsch by decision, with a strong chance of a knockout.