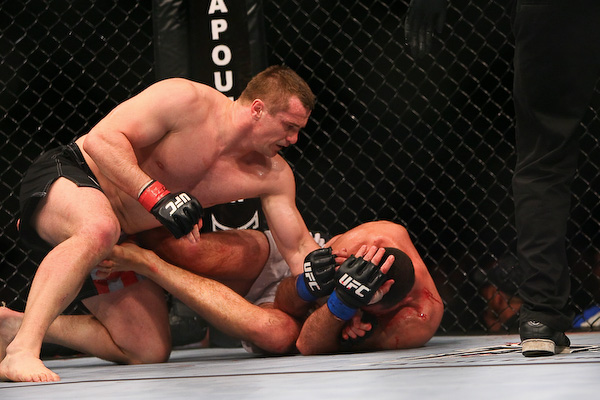 Mirko “Cro Cop” Filipovic returns to the UFC for the first time since 2011. | Photo: Daniel Herbertson/Sherdog.com


The Ultimate Fighting Championship on Saturday makes its first trip to Poland with an event exclusively available on its Fight Pass platform. To put it bluntly, this is not a good lineup of fights. The main event features a rematch between the recently re-signed Mirko Filipovic and Gabriel Gonzaga eight years after their first meeting. The masses had not exactly been clamoring for a second go-around.

Proceedings improve slightly as we move down the card. The co-headliner, featuring Jimi Manuwa and local star Jan Blachowicz, is the best fight by a long stretch; and Scotland’s Joanne Calderwood could cement herself as the top contender in the women’s strawweight division with a win over the debuting Maryna Moroz. Otherwise, there is not much to get excited about.

Stick around for an in-depth breakdown of each fight for UFC Fight Night “Gonzaga vs. Cro Cop 2” at the Krakow Arena in Krakow, Poland: 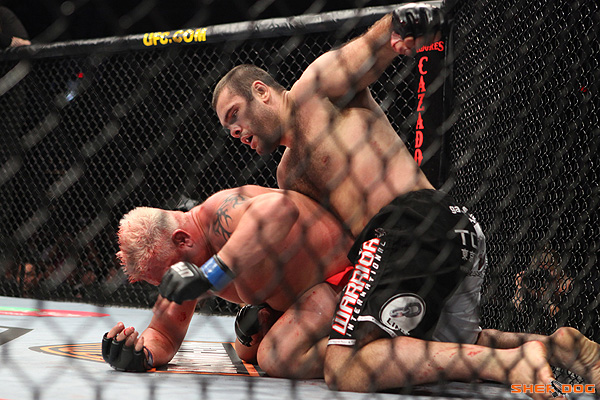 Photo: Dave Mandel/Sherdog.com
Gonzaga rarely goes the distance.
THE MATCHUP: Former top heavyweight and Pride Fighting Championships icon Mirko Filipovic returns to the UFC after an absence of more than three years, drawing Gonzaga in a rematch of their 2007 encounter. Filipovic has been past his prime for some time, submitting to Alexey Oleinik before taking a pair of fights from busted prospect Satoshi Ishii; Gonzaga has dropped two in a row.

“Cro Cop” is a shell of his former self, even when compared to his last run in the UFC, which was not exactly the prime version of the former K-1 competitor and Pride star. With that said, all is not lost.

Filipovic can still hit like a truck, particularly with his straight left and left kick, and his right hook looks better than it has in quite a while. His hands are quick and his legs even faster, despite his advanced age, and although it is a struggle, the famous left high kick still comes once or twice a fight. Takedown defense remains a strength, especially in stuffing the initial shot, though chain wrestling is a problem for him, and aside from tying up his opponent, he offers little from his back.

The real problem lies in almost everything else. Although his strikes are fast and powerful, Filipovic’s legs are shot, and he struggles to cut off his opponent’s movement. Even taking angles is difficult at this point. He cannot leap in and out of range the way he used to, which exacerbates his poor defense. Scrambling is out of the question, and getting back to his feet after a takedown is nearly impossible. His chin, which even in the 1990s was not impenetrable, has declined even further. Despite all of these problems, “Cro Cop” is dangerous in spots and should not be underestimated.

Gonzaga is a savvy and dangerous veteran. Nobody will confuse him with a K-1 champion, but he packs real power in his single punches and kicks and throws them with excellent timing and sense of the distance. He is seriously hittable at every range, however, and does not work at enough of a pace to give himself a chance of winning decisions. His takedowns are not outstanding, but, as with his striking, Gonzaga times them well and displays good drive and authoritative finishes. The champion grappler does his best work from top position, where his unshakeable base, smooth passes and brutal ground strikes open up submissions. He is dangerous in transitions, as well, with a slick guillotine and quick positional advancements. Essentially, Gonzaga will either finish his opponent or be finished himself.

THE PICK: Neither fighter is anywhere close to his prime, though Filipovic is much further past his peak than Gonzaga. If Gonzaga can get this to the ground, it should be over fairly fast; if it stays on the feet, it likely swings in Filipovic’s favor, though Gonzaga is far from helpless. In either case, we should hope that it ends quickly, because the prospect of the two veterans fighting into the later rounds would be ugly at best. Ultimately, I think this comes down to Gonzaga being less shot than Filipovic. His advantage from top position is much larger than Filipovic’s on the feet, and even there he is still capable of hurting “Cro Cop.” The pick is Gonzaga by submission in the first round.