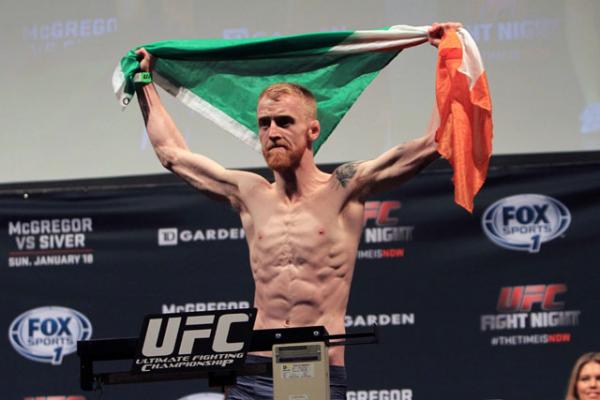 
The Ultimate Fighting Championship on Saturday returns to Dublin with a makeshift lineup minus original the original headliner, Dustin Poirier-Joseph Duffy, and co-headliner, Ben Rothwell-Stipe Miocic, as injuries have wreaked havoc on the latest international UFC Fight Pass event. Flyweights Patrick Holohan and Louis Smolka suddenly find themselves on the marquee in Ireland, which has become an MMA hotbed on the back of Conor McGregor’s superstardom.

Let us take an in-depth look at each UFC Fight Night “Holohan vs. Smolka” matchup: 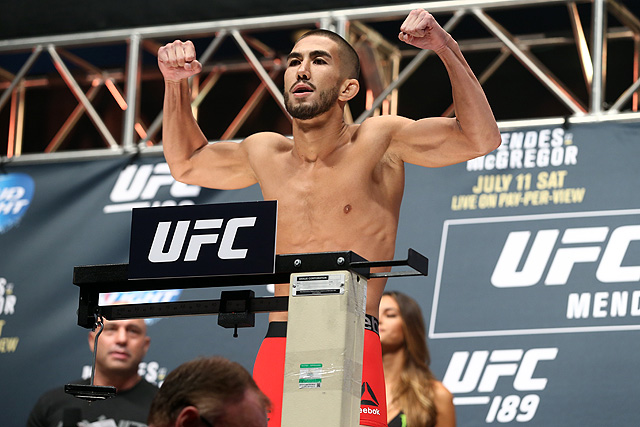 THE MATCHUP: Holohan is what you get if you take Cathal Pendred and sacrifice all the bulk and strength in favor of length and speed. The result is a fighter far more suited to John Kavanagh’s brand of eccentric movement, with feet quick enough for the broad, bouncy lateral movement and arms and legs long enough to throw all the naked uppercuts and kicks that always seem to get Pendred in trouble. Still, Holohan’s style is inherently reckless. Bouncing on the balls of his feet, Holohan frequently gives away his initiative, telegraphing his eclectic selection of strikes and jumping eagerly into counters. Every movement Holohan makes is big, so the “Hooligan” is constantly depleting his energy even when he is not doing damage; and we saw how that turned out when Holohan faltered against the gritty Chris Kelades in October 2014.

Holohan is extremely aggressive on the ground. Quick back takes are Holohan’s bread and butter, though he will often sneak in a submission before even attempting to secure position -- a gambit that pays off more often than it fails thanks to his excellent awareness on the ground. As a wrestler, Holohan works best from the body lock, with which he twists and drags his opponents to the ground before transitioning to the back.

Like Holohan, Smolka is an awkward striker at best. Despite one of the lankiest frames in the flyweight division, “Da Last Samurai” does not use his length to maintain distance. At times his height comes in handy in the Thai clinch, but there does not seem to be much direction to Smolka’s striking game, which sometimes seems designed around what looks cool rather than what works. His lofty stature and lack of distance management makes his head a much easier target than it should be.

On the ground, however, Smolka is quite dangerous. His jiu-jitsu game is more traditional than Holohan’s, with a focus on control and position. This is not to say that Smolka is not aggressive. The Hawaiian fighter has a dangerous front headlock series, and his back takes are as smooth as they come, often leading to a tight body triangle. Even in wild scrambles, Smolka rarely loses control of his opponent, using whatever grip available to him to meticulously work his quarry back to the ground, where he will resume his submission attack. All of this is backed up by a surprisingly sharp wrestling game. Smolka often surprises opponents with hip tosses in the clinch or quick reactive double-legs at range.

THE PICK: This is one of the most closely matched bouts on the entire card. With two very similar fighters, consistency is often the deciding factor, and though Holohan seems more comfortable on the feet, I see Smolka’s methodical but aggressive grappling turning the tide here. Unless Holohan can hurt Smolka on the feet, he will have to contend with him on the ground at some point, and Holohan’s do-or-die style will not allow him to go the distance -- and win -- with a more systematic opponent. Smolka by decision is the pick.