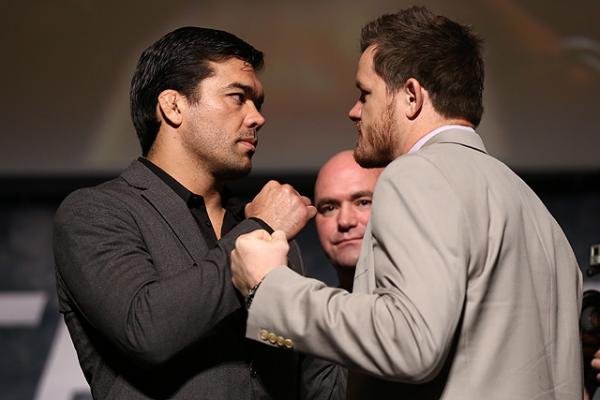 
The Ultimate Fighting Championship returns to Brazil for its final show of the year with UFC Fight Night “Machida vs. Dollaway” on Saturday at the Jose Correa Arena in Sao Paulo. This should be a solid if not outstanding card offering a variety of relevant fighters and up-and-coming prospects, though it is definitely built for the Brazilian television audience.

Onetime light heavyweight champion and current middleweight contender Lyoto Machida headlines the lineup against C.B. Dollaway in a high-profile fight “The Ultimate Fighter 7” competitor earned over a 14-fight run in the promotion. Elsewhere, former bantamweight titleholder Renan Barao returns to action for the first time since losing his championship to T.J. Dillashaw at UFC 173 and failing to make weight at UFC 177, while a mishmash of former “The Ultimate Fighter: Brazil” contestants and other prospects -- some of them good, others not particularly promising -- stud the rest of the roster.

Let us take a closer look at each UFC Fight Night “Machida vs. Dollaway” matchup: 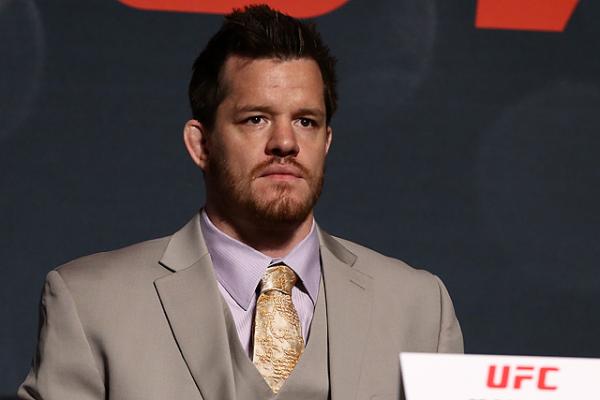 THE MATCHUP: The inimitable Machida returns to middleweight action after losing a “Fight of the Year” contender in his championship bout with Chris Weidman at UFC 175 in July. He will face Dollaway, who is currently riding a two-fight winning streak -- though it should be five, given that he was horrendously robbed against Tim Boetsch in October 2013. Machida is and should be the big favorite, but Dollaway has earned a chance to prove himself against the division’s elite.

The core of Machida’s southpaw, karate-based game remains his repertoire of lightning-fast counters, all of which rely on his preternatural command of timing, range and angles. Rather than seeking picture-perfect mechanics or swinging with comical force, Machida generates enormous power by creating collisions. He baits opponents in and uses their own momentum to knock them out as they literally run into his outstretched fist. His blitzing punching combinations as he circles and tricky hand-fighting game also remain central to his approach, and he could probably stand to use them more often to enhance his aggression; he has also drastically improved his ability to throw combinations at punching distance, in the pocket, for extended sequences. In addition, throws an effective knee to the body that discourages opponents from changing levels. Over his last several fights, Machida has made increasingly good use of his left kick to the head and body, which he disguises with a level change and sneaky step-across angle. It is often said that Machida is impossible to hit, but this is an oversimplification: His head is almost always out of range, but his legs and body are still open for business as he escapes striking range.

The Brazilian owns a perennially underrated clinch game, with a nice arsenal of knees, throws and sneaky trips. From top position, he passes beautifully and maintains good control, though he is not a particularly dangerous finisher with either strikes or submissions. From his back, he can survive and create scrambles but is not much of a submission threat. The real problem with Machida’s approach is the dearth of output. If he does not land that big knockdown shot, which will never be a certainty against savvy, durable opponents at the top of their games, his sheer lack of activity means it will always be close when it goes to the cards.

By contrast, Dollaway’s game has a much more meat and potatoes quality. That is not a knock on him in the slightest, merely a statement of fact: He is essentially an athletic wrestle-boxer with some nice submissions in transition, and that tried-and-tested archetype has been a successful one for a long time. An NCAA All-American at Arizona State University, Dollaway’s wrestling repertoire still forms the core of his game. He has a broad arsenal of takedowns -- doubles, singles, outside trips, etc. -- but he is more of a chain wrestler than an explosive, driving finisher. He does his best work on the mat, however, with a fantastic transition game and control instincts from the top-ride. That scramble-based mat work blends well with his grappling arsenal, which consists mostly of nasty chokes and a sweet front headlock series. On the feet, Dollaway is fairly solid: He packs some power in his hands, throws good head-body punching combinations and can crack with low kicks at range. Perhaps most importantly, Dollaway is clearly peaking now and has shown drastic improvements in his defense, mechanics and overall technique on the feet. If he will ever be competitive with elite fighters, the time is now.

THE PICK: Barring a massive physical decline on Machida’s part, which is entirely possible given his age at 36 and 11 years of experience in MMA, this fight is the Brazilian’s to lose. If Dollaway can get him to the mat, he should have some success with his wrestling-based control style -- Machida had real trouble with Weidman’s top-ride and mat returns, and Dollaway excels there -- but the problem is getting the former champion down in the first place; and without an explosive shot or clean, consistent pressure footwork, this fight will take place in the middle of the cage, where Machida does his best work. Tactically, Dollaway has struggled to defend against powerful, quick kickers who mix up their shots, and that describes Machida to a T. I expect the Brazilian to start slow but then crack Dollaway with repeated body kicks before finishing with a left hand or high kick. Machida by knockout in the second round is the pick.