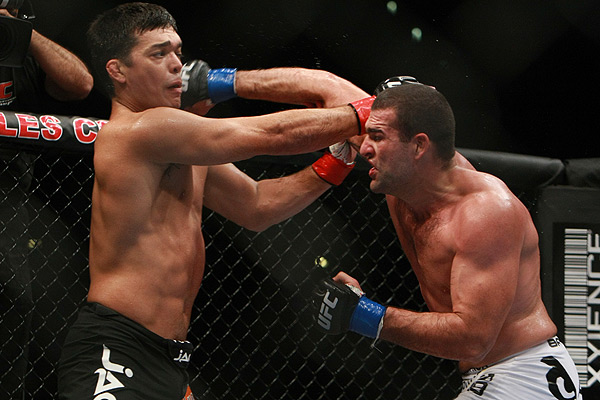 How much does Mauricio “Shogun” Rua have left in the tank? | Photo: Dave Mandel/Sherdog.com


The Ultimate Fighting Championship on Saturday makes its second appearance in Brazil in three weeks, this time in the fantastically named city of Uberlandia. What the card lacks in name value -- it boasts only four ranked fighters -- it more than makes up for with potential violence and a strong lineup of exciting prospects.

Former light heavyweight champion Mauricio “Shogun” Rua takes on the talented and dangerous Ovince St. Preux in the main event after a late injury to scheduled headliner Jimi Manuwa forced a reshuffling of the deck. Flyweights Ian McCall and John Lineker meet in what promises to be an exciting co-main event, while “The Ultimate Fighter: Brazil 3” winner and fast-rising star Warlley Alves will scrap with the entertaining Alan Jouban in a fun welterweight battle. Below them, a number of interesting prospects -- Thomas Almeida, Leon Edwards, Dhiego Lima and Colby Covington -- fill out the rest of the card.

Let us take a look at each UFC Fight Night “Shogun vs. St. Preux” pairing: 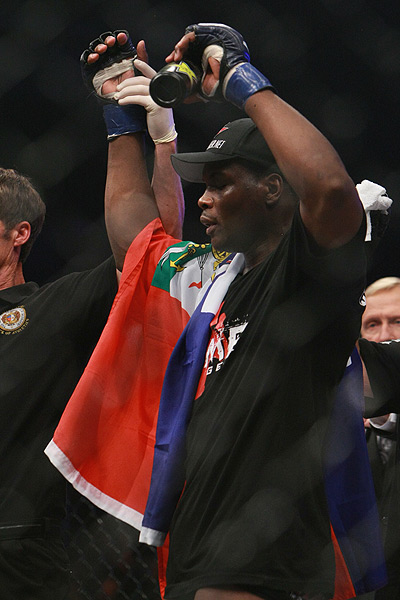 THE MATCHUP: Will the Rua who steps into the cage against St. Preux be the “Shogun” of old? No. Will he be the “Shogun” who knocked out Lyoto Machida and took him to a contentious decision? No. Nevertheless, the present-day version of “Shogun” Rua is still a pretty good fighter. His work at range remains methodical and technically sound, with a mixture of vicious low kicks, crisp, jolting jabs and dipping overhands. All of his shots pack enormous power, and he can fight aggressively and as a counterpuncher. “Shogun’s” clinch work remains some of the best in the division, with a mixture of hard knees, control and slick trip takedowns. He passes guard beautifully and throws some of the hardest ground strikes around, while his half-guard game on the bottom is crafty and replete with sweeps, submission attempts and standups. The problem is defense. “Shogun” is -- and always has been, really -- too hittable in exchanges, which has become an increasingly serious problem as he ages.

He also has a tendency to get hit on clinch breaks and other transitions. His takedown defense is better than it has often been credited, but it is still no better than average for the division. In sum, “Shogun” is still dangerous, but some of the endemic liabilities in his game have turned into real problems.

St. Preux, a former college football player and decorated high school wrestler, is an outstanding athlete who has tailored his game around his explosiveness and ability to cover great distances as he strikes and shoots for takedowns. At range, he loves shift punches and landing in the opposite stance after he kicks, which accentuates his forward movement. Although he rarely throws more than one or two shots at a time, he has a surprising capacity for back-step punching and packs a great deal of power in all of his shots. As with “Shogun,” however, the problem is defense. St. Preux rarely moves his head off the centerline and relies entirely on his control of range and angles to avoid getting hit. Wrestling, at least offensively, has proven a strength for St. Preux. He shoots a clean double and finishes well, but his technical repertoire is relatively limited, and he has been taken down by most of the competent wrestlers he has fought. On the mat, St. Preux makes good use of wrestling-style top control with an emphasis on the top ride, and he gets a lot of power into his ground strikes.

THE PICK: The outcome hinges on a variety of X-factors, namely whether “Shogun” comes into the fight motivated and in good shape and whether both fighters can adapt their game planning and training to the last-minute change of opponents. From a matchup perspective, St. Preux will have substantial advantages in height, reach and speed, while “Shogun’s” well of technical skill in nearly every phase greatly surpasses the American’s. That technical advantage is most stark at close range and in the clinch, so “Shogun’s” best bet will be to stalk St. Preux and push him toward the cage, thereby avoiding a matchup in open space, where the American’s speed and ability to cover distance allow him to work his game. Given Rua’s track record of executing similar game plans in the past and St. Preux’s established vulnerability toward them, I lean toward a decision or late knockout for the Brazilian, with the caveat that the combination of age and wear and tear might leave us seeing a much-diminished “Shogun.”