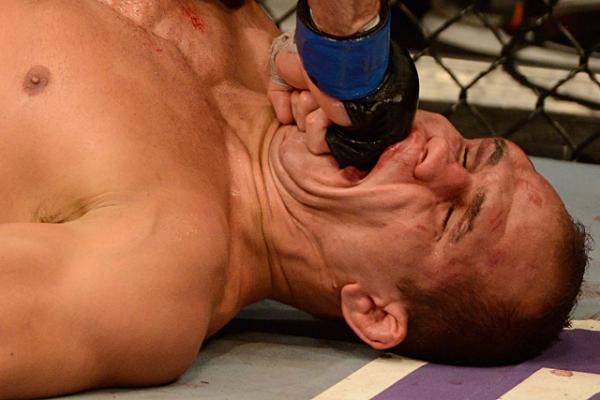 “The modern artist must live by craft and violence. His gods are violent gods.” -- Ezra Pound | Donald Miralle/Zuffa/Getty


The pestilence of injuries and absences of MMA stars in 2012 dominated nearly every conversation of the sport, permeating any line of discussion it brushed up against. With all the cringing and hand wringing, one might think that there were no fights at all this past year, that all the violence took place inside the gym or on the surgeon’s table. Let me assure you, that is not the case.

I understand that 2012 might not have been your favorite year, fight freaks. However, if there is any page of the MMA yearbook you will want to keep -- maybe even doodle some hearts on -- this is the one. In a year of public posturing and politicking from fighters, in a year besieged by bad circumstances, these are the individuals who reminded us why we watch this kind of prizefight. This is where poetry and punishment are passionate lovers, where blood lust and bonus checks intersect. This is the third annual Sherdog All-Violence Team.

The past year’s context does remain important; we cannot untangle our “Fight of the Year” candidates, crushing knockouts and jaw-dropping submissions from their circumstances. While 2011 was noticeably a thrilling year for UFC champions, marquee names and traditional action fighters on the All-Violence list, 2012 was another animal all together, as several of last year’s crop were indisposed.

Anderson Silva fought just once at 185 pounds. Jose Aldo fought two weeks into 2012, and we never saw the featherweight dynamo again in the cage. Nick Diaz’s ongoing indiscretions with marijuana continue to put him on the sideline for frustrating periods of time, while Alistair Overeem’s licensing issues do the same. Chan Sung Jung, despite turning in the “Fight of the Year” with Dustin Poirier, fought only that one time. Hector Lombard did not exactly deliver what fans had hoped for in the UFC.

When Alexander Shlemenko -- a fighter that is as symbolic of this list’s purpose as any other -- is getting into car accidents and only registering one knockout in two fights on the year, the situation seems dire. Yet, one of the most enjoyable aspects of 2012 was seeing which athletes would raise their level of dynamism, will themselves to finishes, steal the breath from crowds and take bonuses from their contemporaries. The year was rich with these rugged gems.

Who could have forecasted the brittle-handed Cub Swanson’s emergence as a bona fide puncher, or Matt Brown posting a 4-0 mark in the Octagon on the year? What were the odds that Mike Pyle would knock out more opponents in 2012 than he had in 12 previous years of MMA or that Chad Mendes would have the shortest average fight time of a UFC fighter on the year? With so many traditional violence icons indisposed, so many of 2012’s indelible, arresting moments came from less-than-likely sources -- a true skeleton crew of unexpectedly exciting MMA.

Though less impressive than his last two years, Jon Jones is now the first three-time All-Violence team member, all first-team berths. Meanwhile, Cain Velasquez, makes his second All-Violence team entry, both of the first-team variety. These two Iowa Central Community College alumni are the only returning All-Violence entrants of any kind, as 22 new fighters take their righteous place among the sport’s most provocative, thrilling, must-see athletes.

Is 2013 a year for old kings or new jacks? Let us ask that our question be answered the old-fashioned way: with violence.