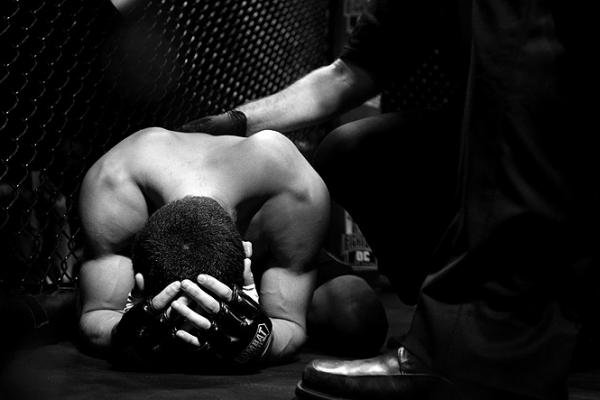 Every year, men and women all over the world fight for money. People get hurt. People get knocked out, beat down, dominated, devastated, pistol-whipped, curb-stomped, obliterated, incinerated, demoralized and degraded. So long as people fight for prizes, there will be violence. Some years are better than others, and 2013 was one of those years.

This is Sherdog.com’s 2013 All-Violence Team, and these are the fighters that helped produce an unprecedented amount of five-round classics and a scintillating slate of stoppages. The confused and uninitiated can get educated here, here and here. For the rest of you violence freaks, here is your who’s who in hand-to-hand hardness, a rogue gallery of ditch diggers and ditch fillers, the Sears Wish Book for the proudly ghoulish.

The suddenly ambitious schedules of both the Ultimate Fighting Championship and Bellator MMA tremendously helped the violence portfolio in 2013, but there were other critical factors that bolstered MMA’s spills and thrills over the year. Who could have predicted that the whole MMA galaxy would start landing spinning back everythings to produce shocking knockouts? Who knew that Alexander Gustafsson was the man to help Jon Jones author a pantheon-level championship fight, that Urijah Faber would be one of the biggest devastators of 2013 or that Travis Browne would violently push the envelope when it comes to defending the takedown in MMA?

With the 2012 All-Violence team, I noted that the year’s wild spate of injuries put many of the sport’s notable champions and exciting athletes on the shelf, necessitating the rise of other action fighters. During the chaotic schedule of 2013, those groups coalesced. Of its 24 fighters, this year’s All-Violence Team includes 13 repeat inductees. Six fighters who made their All-Violence Team debuts last year have racked up consecutive berths, with eight athletes returning from the 2012 team.

There is typically some crossover with the sport’s best and most violent fighters. After all, Cain Velasquez and Jon Jones are perennial first-team staples at this point. However, 2013 painted a picture of violence more intimately associated with the MMA’s creme de la creme. This was not a year heavy on lovable-but-flawed brawlers who happened to make the stars line up with brute force. Six UFC champions appear on this year’s team, with four of them taking first-team honors. There are three more entrants already penciled in for UFC title shots in 2014 and multiple others on the immediate precipice of a championship challenge.

Simply put, in 2013, MMA’s best and brightest were also its most brutal, violent stars lining up in a violent sky. Now, let us gaze.