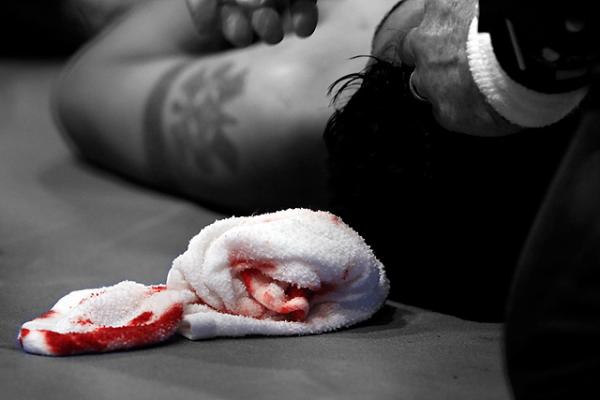 With 365 days or more of fighting in any given calendar year, there are going to be thrilling highs. Even in years gone by, when the Ultimate Fighting Championship and Pride Fighting Championships might combine for 15 events or so, any year's scrapbook would still contain seminal moments. In 2013, the schedule for MMA intensified rapidly, and the week-in, week-out plethora of shows provided ample opportunities for athletes to blow our minds and put their names in the history books.

Yet we did not just get a decent double helping of “Oh, that was neat” moments. The frequency and, more importantly, the magnitude of great MMA in 2013 were surprising and spiriting. It was the sort of year that makes referring to this seven-award slate as “minor” or “miscellaneous” or “other” particularly inappropriate.

This was a year when Robbie Lawler, UFC President Dana White’s Christmas present to himself more than 11 years ago, finally earned himself a UFC title shot; a year when any number of notable promotions had a legitimate “Breakthrough Fighter” candidate; a year when the most stirring upsets feature some of the best knockouts and submissions, to boot; and a year when the greatest injustice somehow did not even involve the judges’ scorecards but recreational drug use.

This embarrassment of riches is particularly evident when looking at the best rounds of 2013. Naturally, there are more than five notable rounds from the past 12 months, but any of the ones we have listed could have easily taken the hardware in another year. Many of the year’s best rounds came from the year’s very best fights, such as Jon Jones-Alexander Gustafsson and Eddie Alvarez-Michael Chandler 2, while others offered five minutes so sensational that a single stanza elevated the bout to rarified air, like Gilbert Melendez-Diego Sanchez and Wanderlei Silva-Brian Stann.

There is a stifling amount of fights to watch now and in 2014, and it will only get more taxing. However, when you are debating the merits of paying for UFC Fight Pass or whether or not to stream the Bellator prelims instead of feeding yourself, these are the highlights that will flood your mind and drive you back into MMA’s violent embrace. This is the rest of the best for 2013: