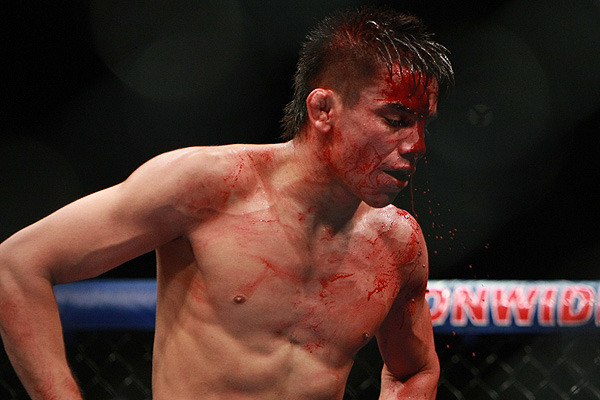 With all due respect to the Oscar-winning film by the same name, “There Will Be Blood” is about as fitting a theme as there is when it comes to mixed martial arts. At the very least, it surpasses the “As Real As It Gets” catchphrase coined by the Ultimate Fighting Championship. Of course, the latter sounds far less barbaric and is therefore less threatening to the sport’s detractors.

Nonetheless, there is undoubtedly a large segment of the MMA fanbase that craves seeing a certain red bodily fluid sprayed all over the canvas on fight night. Nothing suggests brutal combat like copious amounts of blood, and nothing -- short of the spectacular knockout, perhaps -- gets the pulse racing faster. In honor of the men who have donated and spilled substantial amounts of blood in the cage over the years, a panel of Sherdog.com staff has selected MMA’s Top 10 Bloodiest Battles.

Nowhere will the ideals of sensationalist journalism carry more weight than right here: if it bleeds, it will most definitely lead.