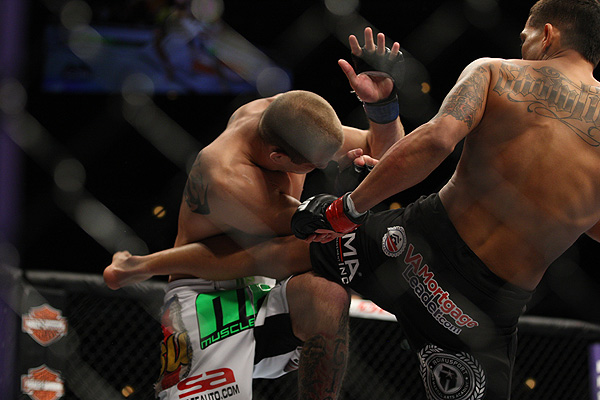 Nothing in MMA is more definitive than when a fight ends via stoppage. Whether it results from a knockout, a submission, the corner throwing in the towel or in some cases a disqualification, the outcome leaves little room for debate.

In combat sports, people absorb damage in a myriad of ways, but the punishing body blow holds a special place in the hearts of mixed martial arts observers. Most fight fans might think about the great Mexican boxers throughout history -- Julio Cesar Chavez comes to mind -- and not their MMA counterparts when the discussion turns to shots to the ribs, kidneys, liver, gut and solar plexus. Nevertheless, MMA has seen its share of bouts featuring someone’s intestines being turned to mush.

The latest installment in the Sherdog Top 10 series examines the greatest body blows in MMA history: