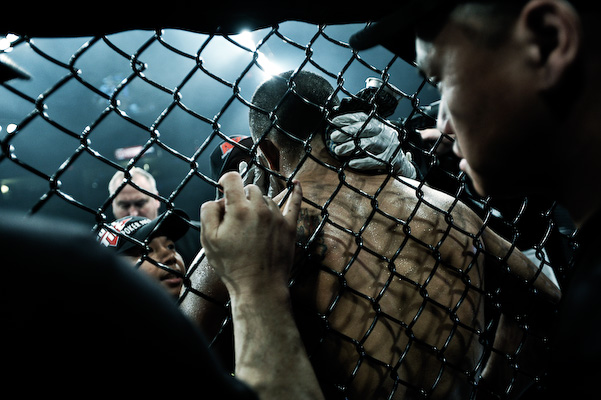 All fans of mixed martial arts are familiar with that sinking feeling that often accompanies the reading of the judges’ scorecards at the end of a fight that goes the distance. No matter how much the sport progresses from a technical perspective and regardless of the particularities of the rulesets, the ringside or cageside judges’ lack of consistent competence seems to remain.

More fights go to a decision today than did so a decade ago, and the process of learning what judges do and do not like to see has fundamentally changed the calculus of training and game planning. Judges like volume striking and seem to suffer from an inability to tell whether strikes actually land or not. They like top control, whether or not the fighter holding the position is actually doing much of anything. Submission attempts do not seem to count for much, but aggression in general does, and it is safe to assume that a tendency toward countering will not be rewarded. Timing matters: Judges remember what happened closest to the final bell more than things that took place earlier in the round.

While there is nothing wrong with adjusting to rules, that tendency can be taken to ridiculous extremes, and even then, there is no guarantee the judges will actually apply those criteria in a consistent fashion. Human error seems to be constant and seemingly unavoidable part of combat sports judging, in general, and MMA, in particular.

This edition of the Sherdog Top 10 series takes a look at those fighters who have benefited most from this understanding of how judges operate or, alternatively, from continuous and blatant incompetence.

Number 10 » His fights generally have one of two outcomes. In the first case, he knocks out his opponent with a brutal kick or lightning-quick counterpunch and ends things emphatically in his favor. In the second, the Brazilian fails to land that single devastating shot, and his tendency to fight at extreme ranges while retreating minimizes his ability to continuously produce offense the judges can see and score.
« Previous Sherdog’s Top 10: Fights That Failed to Live Up to Their Hype Next Sherdog’s Top 10: Most Durable Fighters »