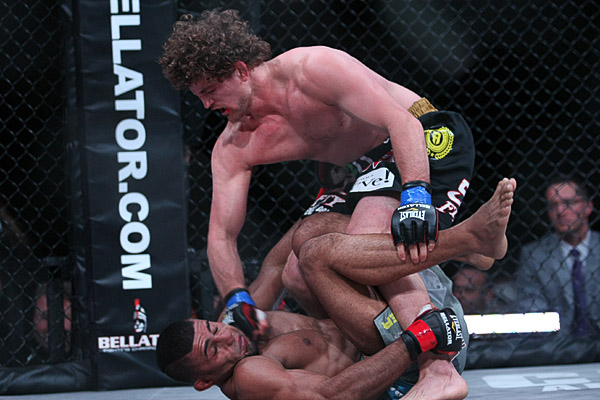 Talent in MMA has never been more concentrated under one banner. The Ultimate Fighting Championship now has almost 550 fighters under contract, a number that has ballooned upwards as the insatiable content demands of the Fox family of networks, pay-per-view and its UFC Fight Pass platform have skyrocketed. Five years ago, this was not the case. The UFC had fewer than half as many fighters, and other promotions -- Strikeforce, Dream and World Extreme Cagefighting, to name only a few -- laid claim to many of the world’s top fighters.

This does not mean, however, that the UFC is the only promotion with elite talent. The latest installment in the Sherdog Top 10 series takes a look at the best fighters outside the world’s biggest promotion, focusing on skills, ranking at this time and career accomplishments. How does your list stack up?


Number 10 » What makes him so terrifying is the variety of ways in which he can reach his trademark submission. He is an excellent wrestler, and he can work a takedown, drop from guard and lace up the leg; he can roll under for a leg lock during a takedown attempt; or he can pull guard, move to a deep half and then look for the leg. In any case, each of these paths has dozens of different iterations and possibilities, far too many for most opponents to prepare for before a fight.
« Previous Sherdog’s Top 10: Rising Stars, 2015 First Edition Next Sherdog’s Top 10: Moments When Titles Changed Hands »