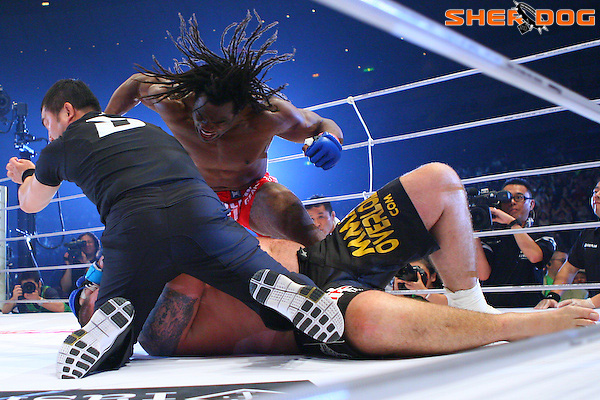 The backlash surrounding the rapid rise of Conor McGregor serves as an excellent reminder that MMA fans have a distinct sensitivity to hype. Promoters have spent so much time selling fighters as the next big thing, the real deal and the future of the sport that enthusiasts have understandably developed a thick skin and a sense of jaded pessimism when confronted with the prospect of even the most promising and seemingly flawless newcomers.

The 10 fighters on whom this list focuses -- “Flashes in the Pan” -- are part of the reason for that reluctance to be swayed by the excesses of promotion. The Sherdog.com staff assembled a long list of potential entrants, and perhaps unsurprisingly, the ensuing discussion led to fundamental differences of opinion about what precisely constituted a “flash in the pan” and who should be eligible, not to mention the final shape of the list itself. The voters presented wildly disparate rankings; consensus was hard to come by, and the decision was made to exclude any entrant who did not appear on multiple lists in order to focus on the 10 fighters who best represented the overall views of the panel.

Number 10 » He was a dynamite-fisted puncher with the physique of a bodybuilder and six straight he-dead knockouts on his record, so fans were understandably hyped about the arrival of an exciting 23-year-old in a thin division that has always lacked young talent.
SHARE ON FACEBOOK SHARE ON TWITTER
« Previous Sherdog’s Top 10: Current Corners Next Sherdog’s Top 10: Rising Stars, 2014 First Edition »
More Top 10s
Latest News
+ VIEW MORE