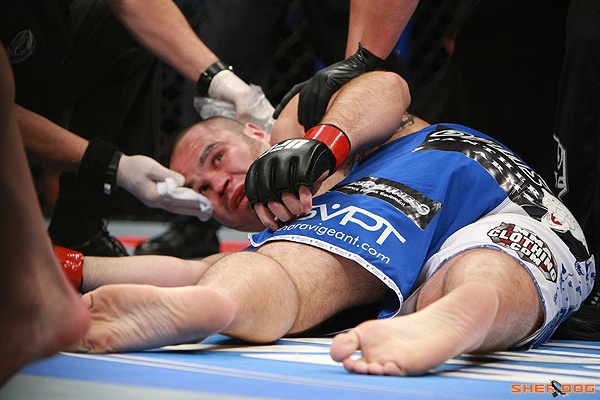 Combat sports have held punchers in high regard for a very long time indeed. Boxing reveres its brick-fisted greats -- Joe Louis, Jack Dempsey, Sandy Saddler, Archie Moore, Mike Tyson and Rocky Marciano, to name a few -- and while mixed martial arts’ history pales by comparison to the long past of the Sweet Science, our sport has also produced more than a few leather-slingers of note.

Being a true puncher is not just or even mostly about swinging hard, but about timing and placing those punches where they can do the maximum amount of damage. Plenty of fighters windmill shots that look like headache-makers -- Leonard Garcia comes to mind -- but either cannot land them cleanly enough to guarantee unconsciousness or fail to land them at all.

There is an art to punching that separates it from mere brawling and leather-slinging, and here the Sherdog.com staff rates MMA’s greatest practitioners. Raw power was one criterion, but more importantly, we looked at the clever tricks they used to land their shots and the quality of competition they knocked out. Note: This is not a list of greatest strikers and only considers other strikes in an ancillary fashion as they relate to punching:

Number 10 » An experienced kickboxer with almost 50 bouts under his belt, he is known for one thing: the kind of punching power that breaks faces, destroys dreams and strips away brain cells like a healthy dose of paint thinner.
« Previous Sherdog’s Top 10: ‘Where Were You?’ Moments Next Sherdog’s Top 10: Fights That Failed to Live Up to Their Hype »