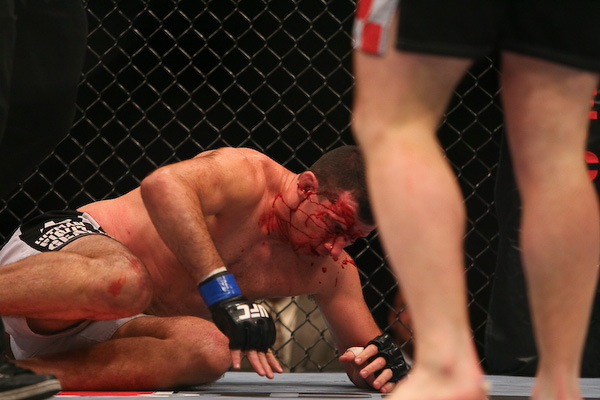 Snapped forearms, shredded knees and face-plant knockouts are some of the most visceral and indelible sights the sport of mixed martial arts provides to its viewers and practitioners. They represent a smorgasbord of violent imagery that no other combat sport can hope to match in variety and impact.

The latest installment in the Sherdog Top 10 series focuses on the fighters who have produced a consistent track record of maiming and knocking out their opponents in brutal fashion. The sheer visual impact of these finishes was the major criterion, with some additional thought given to the more complex manifestations of fear that skill and technique induce.

Number 10 » Once a huge and inconsistent if obviously gifted “welterweight,” he has taken his ridiculous power and physical tools to the light heavyweight division and reinvented himself as a devastating power striker.