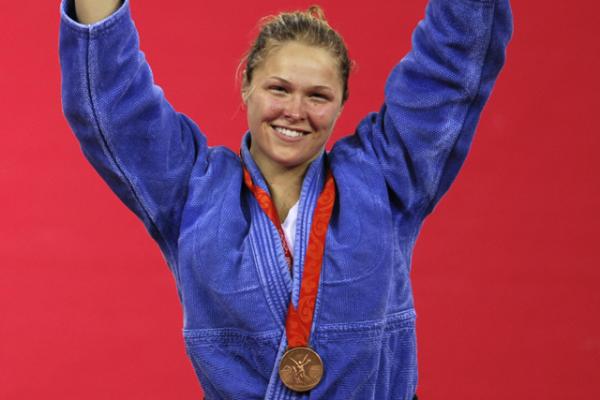 
The Olympics and combat sports have a long and fruitful history. The ancient games, held every four years from 776 B.C. to 394 A.D., featured wrestling (under a rule set that included submissions), boxing and, of course, pankration -- the anything-goes combat competition and spiritual forerunner of modern mixed martial arts.

The modern Olympics have included combat sports since their inception in 1896, beginning with an event similar to modern Greco-Roman wrestling and expanding over the years to include freestyle wrestling, boxing, judo and, most recently, tae kwon do. Pankration was explicitly excluded from the beginning of the modern reincarnation: As one early organizer put it, “We will allow anything, just not the pankration.”

Some of boxing’s greatest stars of the last century -- Muhammad Ali, “Sugar” Ray Leonard and Floyd Mayweather Jr., to name only a few -- have won Olympic medals, and the young sport of mixed martial arts has likewise drawn from the incredible pool of talent that assembles in some balmy locale every fourth summer.

The Olympics represent the pinnacle of human physical achievement, and it is no surprise that the athletes the games produce are off-the-charts specimens capable of incredible things, should they choose to take up MMA. The following is the Sherdog.com staff’s list of the 10 most successful Olympic crossovers: