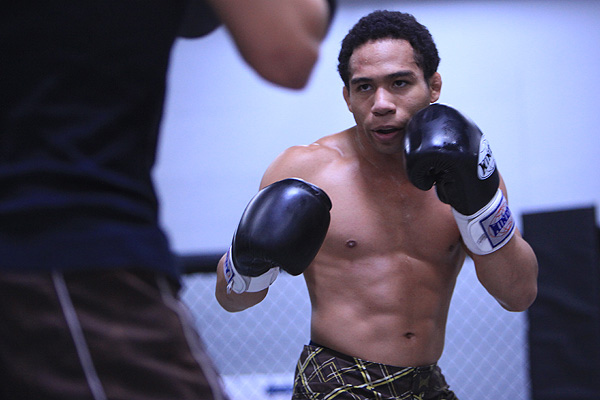 When it launched in January 2005, few could have foreseen its impact. Zuffa LLC had dug a deep investment hole, and “The Ultimate Fighter” -- a reality series which brought together prospective mixed martial artists to compete for an Ultimate Fighting Championship contract -- was a last-ditch effort to save the wilting MMA promotion.

In the seven years since, the UFC has risen to unimaginable heights, and its groundbreaking reality show, now with 14 seasons in the bank, has gone along for the ride, spawning three champion and multiple title challengers, all while supplying the company with a steady stream of marketable talent.

With Season 15, the show moves to a new live platform on the FX network, the UFC having severed ties to Spike TV with a landmark seven-year multimedia rights agreement with network television giant Fox. Thirty-two lightweights will compete for the right to join the 21 winners who have come before them when the season debuts on Friday. In advance of the premiere, Sherdog.com has compiled its list of the Top 10 fighters -- excluding Season 4 -- ever to appear on “The Ultimate Fighter” reality series:

A blur of speed, power and technique, Dodson won Season 14 as a bantamweight but figures to carve out his name in the UFC’s newly instituted 125-pound division. The 27-year-old Albuquerque, N.M., native made his promotional debut at “The Ultimate Fighter 14” Finale in December, when he needed less than two minutes to dispatch Team Alpha Male’s T.J. Dillashaw on first-round punches at the Palms Casino Resort in Las Vegas. A two-time state wrestling champion in high school, Dodson has become known as one of the sport’s most inventive offensive fighters. In more than seven years as a professional, he has never been finished -- two of his five losses were by split decision -- and has never lost back-to-back bouts. The 5-foot-3 dynamo will carry a three-fight winning streak into his May 5 showdown with Darren Uyenoyama at UFC on Fox 3, the winner of which will likely become the number one contender for the UFC’s flyweight championship.

Continue Reading » Cripple Me This
Next Sherdog’s Top 10: MMA Rivalries »