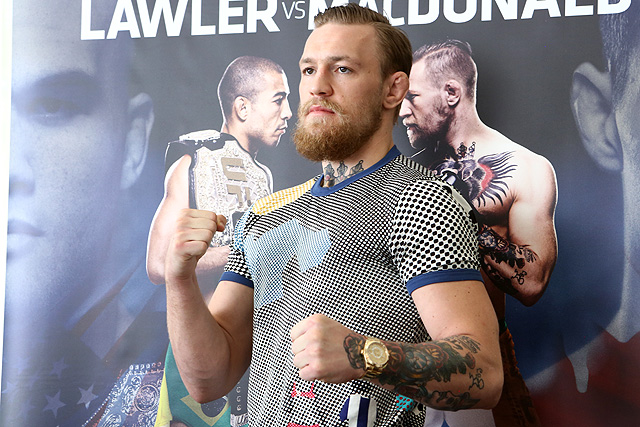 Whether it is the mere act of doing battle with another person inside a ring or cage, or the fact that there is so little actual action and so much time leading up to the bout, combat sports and trash talk are inseparable companions. Muhammad Ali was a master of the genre, tossing barbs at his opponents before, during and after the fight, and he remains the gold standard against which all others are compared. The art of the insult in MMA draws not only on the rich legacy of boxing but also from professional wrestling, where cutting a promo is a skill even more important than in-ring work.

Although its role in keeping combat sports fun should not be understated, trash talk is not just an entertaining sideline. It writes narratives that drive interest in the upcoming fight, and it allows fighters to play hero or villain in broadly drawn stereotypes with which observers can identify. When fans buy a pay-per-view or tune in on network television, viewers are watching not only unarmed combat but also a resolution to the storylines that back-and-forth insults and dialogue have helped to create.

The latest installment in the Sherdog Top 10 series takes a look at MMA’s best trash talkers, from pioneers of the craft to its most promising up-and-coming practitioners. The past, present and future of the art of verbal insult can all be found here, so let us take a look at the best of the best.

Number 10 » This Dagestani import is a relative newcomer to both the English language and the highest levels of MMA, but he is nevertheless one of the sport’s most promising up-and-coming trash talkers. While his vocabulary and syntax might be limited, his burns certainly are not, and many opponents have felt his sting.
« Previous Sherdog’s Top 10: MMA Wrestlers Next Sherdog’s Top 10: Phenoms »