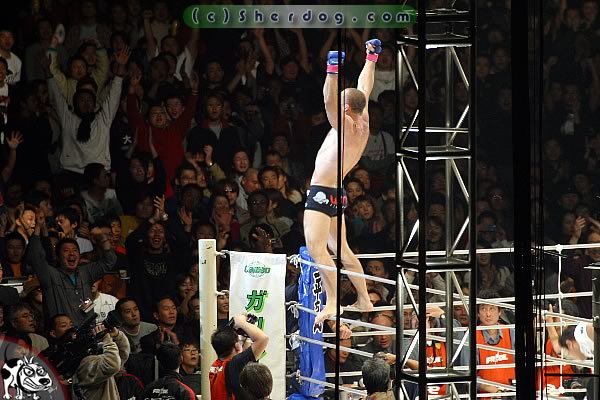 
Is mixed martial arts a sport or entertainment? As with many thought-provoking questions, the answer lies somewhere in between. When it comes to title shots in combat sports, it is common knowledge that the most worthy contender is not always at the front of the line.

Including the recently concluded welterweight title showdown between Georges St. Pierre and Nick Diaz, the Ultimate Fighting Championship has offered up a trio of championship bouts -- one per month from March through May -- that can be described as curious at best. Diaz received his opportunity after a loss and a year-long suspension; Chael Sonnen meets Jon Jones at UFC 159 despite not having a 205-pound win to his credit; and Antonio Silva challenges Cain Velasquez at UFC 160 just one year and one victory removed from a brutal beating at the hands of the current heavyweight king.

In honor of those bouts, a panel of Sherdog.com staff has selected its Top 10 “Most Undeserved Title Shots.” Sometimes, you just have to give the fans what they want.