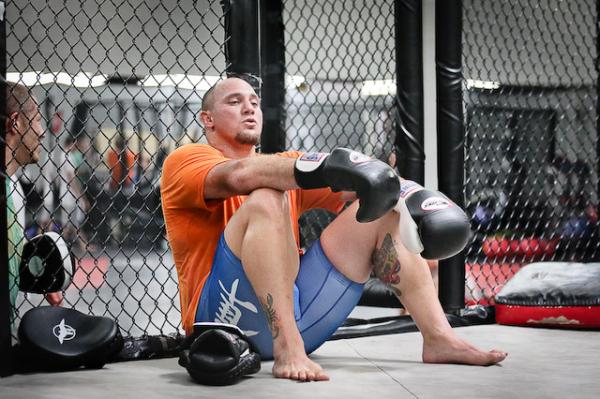 ALBUQUERQUE, N.M. -- About a decade ago, as Shawn Jordan was building a national reputation as an all-state fullback and linebacker at Riverside High School in El Paso, Texas, he received a call from a prominent member of the college football coaching fraternity.

On the line was Nick Saban, then head coach of Louisiana State University, and he wanted to offer Jordan a scholarship to don the purple and gold for one of the most prestigious programs in the country. Jordan was pleased to receive the offer but not in the oh-my-God-guess-who-just-called-me way that many teen-agers in his position might respond. To tell the truth, Jordan was not all that familiar with Saban, LSU football or the near-religious fervor that accompanies Saturday afternoons in the Deep South.

As a native of the Lone Star State, Jordan was aware of the University of Texas, as well as a handful of other Big 12 Conference schools, but, for the most part, he did not spend his weekends in front of the television searching for gridiron heroes.

“For me, it wasn’t like, ‘Oh, I’m the best at football.’ My family didn’t grow up watching sports,” Jordan told Sherdog.com. “I still don’t watch sports. None of us really know what’s going on. Even when I was recruited, I didn’t realize -- I was, like, ‘Cool, I’m having fun at this.’ It was just what we did.”

Jordan politely thanked Saban before telling the coach who would eventually win three national championships -- one at LSU and two at Alabama -- that he would “think about” becoming a Bayou Bengal. After he hung up the phone, Jordan’s high school coach could barely contain himself.

“Do you know what happened?” he said, practically yelling at his player. “Do you realize that they’re the SEC champions?”

Jordan was charmingly unaware of how the whole recruiting process worked at the time. He grew up living the simple life and “doing country work” as a kid in Western Texas, choosing to help his dad haul concrete in the summers rather than play video games -- and that was when he was 8 years old. When college football’s heavy hitters started taking notice of his skills -- Oklahoma State, UCLA, Texas, Colorado and Stanford all came calling -- Jordan did not spend a great deal of time contemplating the magnitude of the moment.

“I just didn’t know,” Jordan said. “I was just doing it because I liked to play.”

In the end, he chose the one who wooed him first: Saban and LSU. Though Jordan never became a superstar during his five years in Baton Rouge -- he redshirted as a freshman in 2003 -- he earned two national championship rings, played alongside and against countless future millionaires and accumulated a loyal inner circle along the way. In fact, it would be safe to assume that Jordan would not be where he is today without the valuable time he spent in one of college football’s hotbeds.

Fast forward to the present day, and Jordan again appears to be on the brink of something monumental and life-changing, but, this time, the 6-foot, 260-pound Texan has a clear understanding of what lies ahead. Thanks to Antonio Rodrigo Nogueira’s slower-than-expected recovery from a broken arm, Jordan has been thrust into a feature bout against Cheick Kongo at UFC 149 on Saturday at the Scotiabank Saddledome in Calgary, Alberta, Canada.

Cheick Kongo File Photo
Kongo is 10-5-1 in the UFC.
“It’s really still kind of surreal; it makes me push a little harder in here,” Jordan said after a recent practice at Jackson’s Mixed Martial Arts, where he has trained since losing to Devin Cole at Strikeforce Challengers 17 in 2011. “It really is a huge move up in my career. That’s the direction you always want to go each fight.”

Just four months earlier, Jordan was making his initial Octagon appearance against fellow Ultimate Fighting Championship debutante Oli Thompson. The gap in experience is much wider between him and Kongo, however, as the Frenchman has 16 bouts in mixed martial arts’ preeminent promotion under his belt. In the UFC’s long and injury-riddled summer, shifting gears from a legendary former Pride Fighting Championships heavyweight titleholder to a relatively unknown former college fullback was a change born out of necessity.

Those who know Jordan well, like prominent Baton Rouge businessman and LSU supporter Trey Beall, do not believe Kongo’s standing in the promotion will faze the up-and-coming heavyweight.

“This is what I call a game-changer. I think what’s gonna help Shawn a lot is that when guys get to this level, they get a little bit of the deer-in-the-headlights kind of thing. What Shawn is very good at is managing the pre-fight anxiety,” Beall said. “When you’ve played against Alabama and Florida and Notre Dame and [in] two national championship games, you’re used to the entire week of media, the microphone being in your face, cameras being in front of your face. That whole concept can wear a guy down who doesn’t know how to handle that. Shawn handles it better than just about anybody I’ve ever seen.”

Beall deserves a lot of the credit for steering Jordan toward MMA at the end of his collegiate playing career. The president of Gulf Coast Office Products, a successful office equipment company with four offices and more than 100 employees in Baton Rouge, La., and New Orleans, Beall’s ties to the university run deep. His grandfather was the head of sports medicine and training there for 50 years, allowing Beall the chance to rub elbows with celebrity athletes as they passed through LSU on their way to professional sports careers.

Beall often frequented the LSU weight room to work out, and, when there, he was usually clad in apparel from the small MMA-themed clothing company he owned. With his football eligibility nearing its end, Jordan began to take notice of the vibrant 40-something in the Beat-2-Sleep T-shirts and approached him with a basic question: “Aren’t you the cage fighting guy?” It was the beginning of a close friendship that continues to this day.

A two-time state wrestling champion in high school, Jordan was looking for another competitive outlet after college, and MMA seemed to be the most obvious direction given his background. Without actually operating under the title of manager, Beall helped Jordan find fights while making sure that local promoters did not take advantage of a cage fighting novice. The rabid football fan base in the state proved to be beneficial because people were eager to watch ex-LSU athletes compete in just about anything.

Jordan took his first amateur bout on Feb. 13, 2008, a little more than a month after LSU captured the Bowl Championship Series national title by defeating Ohio State in the Louisiana Superdome. The atmosphere was not quite as electric in the small convention center just outside of Mandeville, La., where Jordan made his debut, but he was able to experience a similar rush as he approached the cage with a line of LSU football players on either side of him.

Overall, it was an inauspicious beginning for “The Savage.” First, a buddy split Jordan’s forehead open with a head butt just before he entered the cage. Then, within moments of throwing the first punch of his MMA career, Jordan’s hand was broken. He went on to lose the fight in the first round, but won 10 straight amateur bouts after that before turning professional. Jordan spent his formative years in the sport training at the Gladiators Academy under former UFC veterans Rich Clementi and Tim Credeur. His first three professional fights came in a one-month span, and he finished each of those opponents inside of two rounds.

Finish Reading » Jordan’s prodigious talents were called into question after his sophomore year. Like many young El Paso natives, Jordan made trips across the border to Mexico with regularity. In May 2005, he was arrested for possession of a controlled substance and allegedly attempting to transport steroids from Juarez into El Paso.