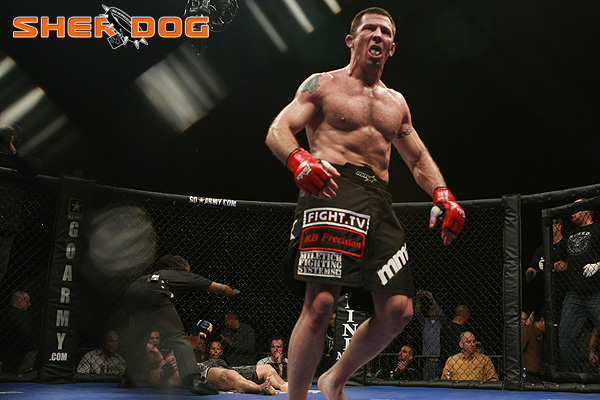 
Pat Miletich can travel back to a time when he was driving in those cramped, cranky U-Haul trucks, a folded cage in the back, rumbling along some dim backroad managing to hit every conceivable bump and pothole on the way to Who Knows Where, USA. The Ultimate Fighting Championship’s first welterweight titleholder remembers when people actually scratched their heads and wondered what mixed martials arts was.

Miletich was a prophet then -- it was only 20 years ago -- as he helped advance a sport and, to a point, a way of life that has not only grown exponentially in the United States but internationally. It is why, when talking to the MMA legend, you get the visceral feeling Miletich has “been everywhere and done everything.” “The Croatian Sensation” can honestly claim he has fought or coached in almost every nook and cranny across the country. Though he never does, he can say he helped pave the way for Chris Weidman, Anthony Pettis, Daniel Cormier and Robbie Lawler.

Miletich’s little excursions in the mid-1990s, during which he would have to build the cage and then tear it down after an exhibition that might have garnered a few hundred bucks, built traction for today’s stars. It led Miletich to strange hotel rooms in Las Vegas, some wacky off-the-wall places like Kuwait and sometimes even into harm’s way outside the cage.

“I remember winning $5,000 in a winner-take-all, and I thought it was all the money in the world,” Miletich said. “I dumped the money on my hotel bed and rolled around in it.”

That was when he had to work three jobs. He would pour concrete during the day, go train for a few hours and then bartend one place and bounce at another. That arduous cycle went on for four years, until Miletich was able to make enough money fighting to do it fulltime.

“It all comes down to how bad you want it,” Miletich said. “Guys back then wanted to fight. I wasn’t going to stop, but I also had to pay bills at the time and that meant working a few jobs. Guys today will roll around for 45 minutes, do some jiu-jitsu and then they’ll talk for a half hour. Then they’ll start rolling again. When we were training, it was two hours nonstop whatever it was we were doing. What I have a problem with are people who on sparring night, because they’re not a great striker, don’t show up; or if they’re not great wrestlers, on takedown night, they just won’t show up. They won’t show up for their teammates who are getting ready for fights. Things like that bother me. I have no patience for it, to be honest. I couldn’t understand that mentality and never will, especially in a sport like MMA.

“You can golf half-assed, be really talented and win a couple of local tournaments and have fun with it. In MMA, to a lot of people, it’s become the new skydiving,” he added. “They just want to do it once before they die. I have a problem with that mentality of getting into a sport where you can get that badly hurt and not commit to it 110 percent. A lot of people do it so they can go in bars to pick up chicks saying they’re MMA fighters. That’s the mentality a lot of people have today.”


Despite the hangover, Miletich was feeling pretty good that morning. The previous night, his fighter, 6-foot-8 giant Tim Sylvia, retained the UFC heavyweight title by knocking out the 6-foot-10 Gan McGee in the UFC 44 co-main event at the Mandalay Bay Events Center in Las Vegas. Everyone celebrated Saturday night after the fight -- everyone, that is, except McGee and his crew.

The next day, Miletich, along with another member of his team, Tony Fryklund, wanted to check on Sylvia. At the Mandalay Bay, every floor is identical, each level shooting out like spokes in a wheel, with the hallways of the rooms jutting out in different directions. That is what Miletich and Fryklund thought they had navigated. 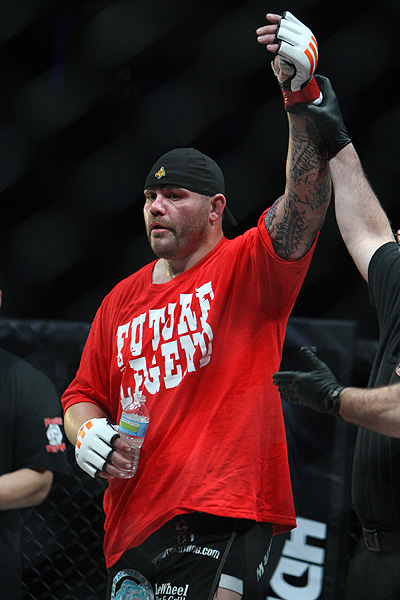 (+ Enlarge) | Photo: D. Mandel/Sherdog.com
Sylvia was a Miletich disciple.
“Tony and I got off at what we thought was the 36th floor, walked to the end of the hallway where Tim’s room was and knocked on the door,” Miletich said. “A couple of guys answered. We walked into the suite and there was a Sony PlayStation sitting in there and boxing gloves, focus mitts, training gear, all of that sort of stuff ... bags and suitcases, you know, stuff that you would see in a fighter’s hotel room.

“We assumed the guys that let us in were a couple of Tim Sylvia’s buddies from Maine. We never met them before, so we assumed they came to watch Tim fight,” he continued. “So we’re talking to them for a little while and saying that it was a great fight. Tim had knocked Gan out, and we were pretty pumped about it. There were some Krispy Kreme doughnuts sitting there and we helped ourselves. We’re talking to them, and one of the guy’s faces was all swollen. I asked him what happened to his face. It was like an infection a body builder would get on his ass cheek from shooting steroids.

“I started joking around with him -- ‘What are you, shooting ’roids in your face?’ -- and making a joke about it. They didn’t think it was funny,” Miletich added. “We asked where the big guy was, and they told us he’s in the bathroom. After about five more minutes of conversation, Tony and I both get up and yell, ‘Hey Tim, get the hell out of the bathroom. We came here to see you!’”

That was when the situation became surreal.

“The guys we were talking to get up and tell us, ‘This isn’t Tim Sylvia’s room; this is Gan McGee’s room!’ Here we were making fun of these guys, talking about the fight, eating their doughnuts and realized we were in the wrong suite on the wrong floor, and it happened to be Gan McGee’s. We started laughing so hard that both of those guys thought we did this on purpose and yelled, ‘You guys are complete a—holes. Get the hell out of here!’ We stumbled out of the room laughing. We could barely get down the hall we were laughing so hard.”

A few months later, Miletich ran into McGee and explained the mistake.

“McGee goes, ‘My buddies were so pissed off at you that they thought you came down and did it on purpose.’ I told him we walked into a suite at the exact same location Tim’s room was, but Tim’s room was on 36 and we hit 34,” Miletich said. “We hit the wrong floor by accident and walked to the same exact area where we thought Tim’s suite was.”

However, the mishaps and hijinks were not over that weekend. As Miletich, Fryklund and Sylvia were standing in line ready to check out on Sunday, Miletich noticed something as Sylvia was looking down at his bill. It brought Miletich back a few days prior.

“I’m in my room Friday night and Tony calls me up and says, ‘Hey man, come down to the VIP pool. There’s topless strippers everywhere and everything is for free; Chuck Zito is here, Bas Rutten, all of our guys,’” Miletich said. “I went and we all had a lot of fun. I ordered food and had a beer or two. Everyone was having a great time. That was it. Tim wins the fight the next night, [and] everyone is happy. Let’s go home.” 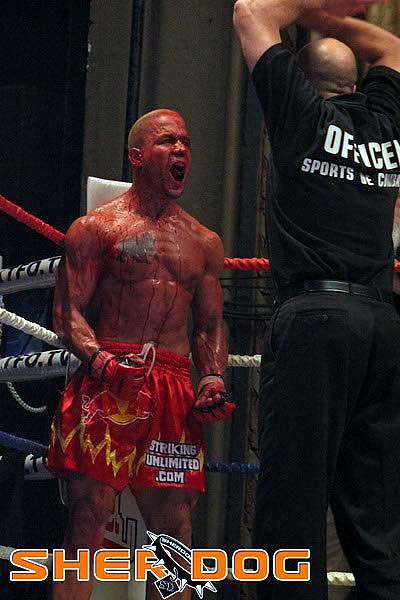 (+ Enlarge) | Photo: Freddie DeFreitas/Sherdog.com
Fryklund went along for the ride.
Only everyone was not happy. Two days later, Sylvia was raising a stink and creating a scene at the check-out counter. The receptionist told him his balance was $2,800 for “the VIP pool.” Sylvia asked for the manager, pleading his case.

“Tim is freaking out screaming at the guy, ‘You must have the wrong guy!’” Miletich said with a laugh. “Tim told them he never spent any money down at the VIP pool. He told them, ‘There is no way I would have a party the night before the UFC heavyweight championship, trust me.’ I turn around and it dawned on me that suddenly Tony Fryklund begins to slink in behind a couple of people in the check-out line and hides.

“Tony, while saying the VIP pool party was free, was signing Tim Sylvia’s name on all of the receipts,” he added. “Eventually, they worked everything out and Tim was able to take care of it. Tony wasn’t getting off free, though. We wanted to have some fun with him. A few months later, we decided to throw Fryklund under the bus and tell Sylvia who signed his name in Vegas. Tim pretended he was angry and chased him all over the gym trying to kill him.”

Finish Reading » “Monte asks one of the sheik’s sons what they paid for the show,” Miletich said. “They told him around $1.5 million. Monte does the math and adds up all of the expenses, including everyone’s pay. It comes out to around $300,000 for everything. Monte told them they got taken for about $1.2 million ... That was par for the sport back then.”