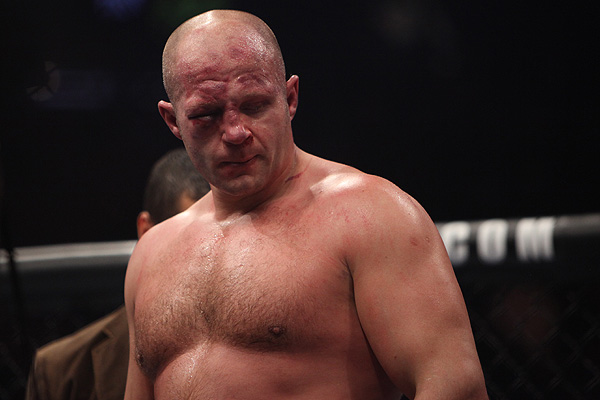 
After a nearly seven-year existence, Strikeforce will wrap up its mixed martial arts run with Strikeforce “Marquardt vs. Saffiedine” on Saturday at the Chesapeake Energy Arena in Oklahoma City.

From a regional promotion in San Jose, Calif., to a national brand with CBS and Showtime deals, it was quite the ride for Scott Coker’s brainchild. While the company had no shortage of highs and lows, these moments stand out as the most memorable in Strikeforce’s history:


When MMA hit the Playboy Mansion, it made for a unique scene. Fighters prepared in makeshift tents on the tennis courts. A red carpet and photographers greeted arrived guests. MMA luminaries gathered near the grotto in about equal number to fans, and a loud and mischievous peacock called out by the cage. It was not exactly the usual setting for the sport.

That was precisely the idea when Strikeforce decided to hold a card at the mansion. Strikeforce often thought outside the box in expanding the promotion, and the Playboy Mansion was a unique gamble. The idea was that while there would not be that many fans in attendance, a high admission price would make up the difference. It is something boxing promoters have attempted from time to time. The returns from the first show were promising enough that Strikeforce tried again the next year, but that would be the final Strikeforce event at the Playboy Mansion.


The early days of Strikeforce were built around Bay Area fighters with local ties and reputations. As the promotion grew and expanded, it began to take on competitors with greater and greater international fame. That trend culminated in suburban Chicago in July 2011 with a super fight between two of MMA’s all-time legends: Fedor Emelianenko and Dan Henderson.

The fight did not last long, and it did not lack for excitement. The two heavy-handed legends slugged it out, with each man landing big blows. When Henderson caught Emelianenko with a sneaky uppercut under the arm, it separated the Russian from his senses and brought an end to their bout. For Henderson, it was another impressive name to put on his resume. For Emelianenko, it was another step back from his former perch as the top fighter in the sport. For MMA fans, it was a rare treat outside the more familiar UFC Octagon or Pride ring.

File Photo
Shamrock was Strikeforce’s centerpiece.
After leaving the UFC in 1999, Frank Shamrock became selective and careful about his choice of opponents. Specifically, Shamrock sought out marketable opponents that he thought would generate maximum interest. In 2007, he targeted a perfect foe: the charismatic “New York Bad Ass” Phil Baroni. Baroni was not a championship-level fighter, but he carried himself like a star. After a war of words between the two fighters, they squared off in the main event of a joint pay-per-view card promoted by Strikeforce and EliteXC.

With the right opponent arranged, Shamrock delivered quite the show. He was going to mix in showmanship in addition to the beating he put on Baroni. In one of the most memorable moments in a Strikeforce fight, Shamrock called his own shot. In the first round, he put his hands up next to his head and then pointed at Baroni. The unmistakable connotation was that he was going to put Baroni to sleep. Just seconds later, Shamrock dropped Baroni with a big punch and nearly finished him with punches on the ground. Then in the second round, he choked Baroni unconscious.

The sequence of events was so memorable that Mickey Rourke used the same gesture in his Oscar-nominated performance in “The Wrestler.” Professional wrestler CM Punk made it a regular part of his matches, as well. It was arguably the high point of Shamrock’s post-UFC career. He picked a fight, sold it, entertained and won.


While other Strikeforce moments are remembered more positively, the ignominious low point for the promotion almost certainly occurred in Nashville, Tenn., in the spring of 2010. The show itself was unsuccessful enough. All three title fights went to a decision and, collectively, did not deliver a lot of excitement. However, things went from bad to worse at the end of the evening when Jake Shields was interviewed after his victory over Henderson.

As Shields was being interviewed, Jason Miller came into the cage to press for a rematch with the then-middleweight champion. Miller was undoubtedly trying to sell a potential future fight on a major stage. Shields and the rest of his Cesar Gracie Fight Team entourage did not see it that way. They took it as a sign of severe disrespect and an ugly brawl quickly broke out, with the Diaz Brothers putting the boots to Miller on national television.

It was certainly a memorable scene watching MMA fighters acting like thugs in front of millions at home. Unfortunately for Strikeforce, it had dire consequences. CBS never ran another MMA show, costing Strikeforce its most powerful television partner. Without CBS, highly paid fighters like Emelianenko and Henderson could not justify their contracts. Strikeforce began hemorrhaging money, and, eventually, the company was sold.

Many organizations quietly and slowly march towards their own demise. For Strikeforce, the moment when things fell apart is easily pinpointed and hard to forget. File Photo
Walker made his MMA debut in 2010.
From his 1982 Heisman Trophy and his Olympic bobsled run to his involvement in the most famous and league-altering trade in NFL history, Herschel Walker led a fascinating and varied athletic career. Given that past, it was not that surprising when he announced that, at age 48, he wanted to make his MMA debut.

Strikeforce made Walker’s dream happen, and it led to one of the more uplifting moments in the promotion’s history. Walker trained hard with the American Kickboxing Academy camp for three months and showed up in phenomenal shape for his first Strikeforce fight in Florida. Walker defeated Greg Nagy handily and donated his entire fight purse to charity.

Walker’s success was a testament to the value of hard work and a message to MMA fans that they, too, can pursue improbable dreams.

While the UFC’s domination of the MMA landscape is not without substantial positives, one of the unfortunate byproducts of that reality is that stories like Walker’s will become increasingly uncommon. Unlike Strikeforce, Pride or Dream, the UFC is built around elite MMA fighters and rarely ever deals in novelties. The occasional involvement in MMA of a Walker or a Shaquille O’Neal would be good for the sport, but there are precious few well-paying platforms left that are willing to take them on. Sadly, it is unlikely we will see many stories like this going forward.