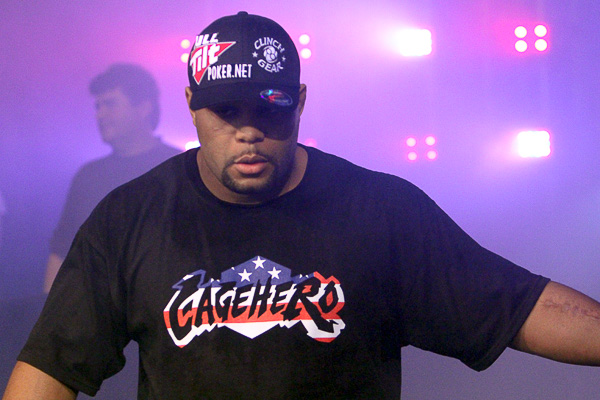 This week, readers are confused about a lot of things. It was a crazy week in MMA news, as the opponents for unbeaten heavyweights Daniel Cormier and Travis Browne seemed to change on the hour before settling on the improbable choices of Frank Mir and Antonio Silva. Why those two? Why now? And where did Tim Sylvia and Devin Cole disappear to?

The contenders have fans scratching their heads, too. Some folks just can’t see anyone toppling Anderson Silva, and they’re left wondering if it’s worth watching “The Spider” dominate the field. Conversely, some readers are thrilled by the emergence of contenders at middleweight; they are eager to prognosticate the man to take over Silva’s throne and how it could transpire.

The UFC on Fox 4 card is creeping up and seems to have MMA fans thinking, as well, specifically about the nature of MMA and the “mainstream.” Soccer moms know what it means to “tap out” and MMA has finally been met with primetime network TV and blue-chip sponsors, but the debate continues to rage as to whether the sport has a true level of cultural visibility. Naturally, we’re here to stoke that fire.

Speaking of stoking fires, someone must have done it for the often-passive Nate Marquardt, who returned from a 16-month absence to absolutely pummel Tyron Woodley for the Strikeforce welterweight title. The performance already has onlookers shrugging their shoulders as to who the veteran can defend his title against; they are looking to his former home in the Octagon for answers.

First, Cormier is fighting Sylvia. Then he’s facing Mir. Browne is facing Ben Rothwell, then Cole and now Antonio Silva. What exactly is going on? This is pretty far past the usual injury craziness, right? And we still have the strange and stupid fight between Mauricio “Shogun” Rua and Brandon Vera to look forward to. -- Kyle from Milwaukee

Jordan Breen, administrative editor: It was a particularly noteworthy week as far as Zuffa’s matchmaking contortion act goes, bending in strange and unusual directions to try to fill up all necessary boxes. However, I’m not so sure the individual components here are anything too strange and unusual.

When Cormier-Sylvia was first reported, the fight was in the negotiation stages, with both fighters having agreed in principle to it. Negotiations then fell apart before all the particulars were agreed to and bout agreements were signed. This was only ever intended to be a one-shot deal -- a single fight against Cormier -- and keep in mind that we’re dealing with Sylvia, a fighter who makes surprisingly solid purses fighting on small shows and beating up overmatched stiffs -- thanks, Monte Cox. Sylvia has dedicated the last two years of his career to bugging UFC President Dana White in an attempt to get a UFC deal. You figure it out.

As for Mir, sure, the name pretty much comes out of nowhere and doesn’t fit with the usual “winners fight winners, losers fight losers” ethos of Joe Silva and Sean Shelby. However, it’s an extraordinary circumstance. This is essentially Mir’s role in the UFC anyhow, and it’s actually a fight between two Top 10 heavyweights, making it vastly more relevant than the Sylvia fight, even if most people see Cormier as the inevitable winner of either bout.

None of that is to say that these attempts are new, however. You’ll recall last year that there were rumors of Gilbert Melendez fighting everyone from Gray Maynard to Clay Guida to Anthony Pettis, and not for nothing: they were actively trying to find fighters they could grab for a single Strikeforce bout against “El Nino,” but because of contractual complications and the stickiness of a title being involved, they never materialized. However, the Cormier bout essentially exists in a vacuum. It is just one fight, with the Strikeforce heavyweight division dying immediately after it -- or at least whenever Josh Barnett gets his last bout. To quote a million people over the years, “it just makes sense.”

As for Browne, Rothwell got hurt, which is standard issue for Rothwell, in particular, and the UFC in 2012, in general. However, Brown is a heavyweight, and many potential opponents just fought or are tied up, and those remaining don’t necessarily offer much. Cole made sense from a competitive perspective, but considering he pleaded guilty to assault in the fourth degree and sexual harassment a few years ago in an incident which any conscientious MMA observer should Google for the jarring details, they obviously wanted to go a different route for a prospect like Browne.

Again, it deviates from “winners fight winners, losers fight losers” -- which we will call WFWLFL from now on -- but it saves Zuffa the obvious hassle of trying to explain why Cole was “the guy” when they grew desperate; more importantly, they replaced him with an even better fighter. Even if Browne could perhaps stand some more grooming, “Bigfoot” is not an unfair bout at all at this point.

Sure, it was a calamitous week when it came to all the script rewrites, but, really, apart from the timeline they were on, these wacky decisions were just business as usual. However, you did mention Vera and Rua in the WTF Main Event of the Year as far as major cards go, and that is something I can’t possibly justify to you, other than to say that “Shogun” is quite popular and perhaps his fans are some extra sick, bloodthirsty puppies.