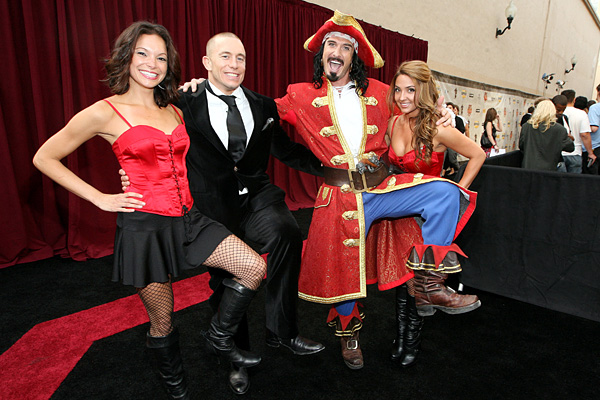 In this edition of The Doggy Bag, we see the common themes of doubt and dubiousness. How is Georges St. Pierre really going to beat Carlos Condit in November after blowing out his knee? Why is no one concerned? What’s up with Josh Koscheck recently? Doesn’t anyone think his public feud with former trainer Javier Mendez is a major distraction before his bout with Johny Hendricks? There’s no way "The Ultimate Fighter" is happening in China or India anytime soon, right?

The shadow of suspicion looms large this week. Is Bellator Fighting Championships ever actually going to catch on with viewers? What happens when Strikeforce folds? Even MMA legends like Randy Couture and Matt Hughes aren’t safe from historical critique this week in your emails. Readers might have their venomous fangs out, but we’ve got a half dozen doses of the antidote.

Why is no one talking about the fact that St. Pierre -- one of the few superstars the UFC still has -- is being rushed back from a serious knee injury? If he fights Condit in November, I see so much opportunity for another injury or a lackluster performance. I know they want to sell pay-per-views, but Super Bowl weekend seems like a much better idea given the nature of GSP's injury. Why is everybody underestimating the severity of this kind of knee injury? -- Adam from Norfolk

Mike Whitman, news editor: To answer that question succinctly: because St. Pierre is considered by many to be Superman.

Perhaps no one in this sport is looked upon with more reverence in regard to pure athleticism than GSP. Opinions will invariably differ on who deserves the top spot on the pound-for-pound list, but more than any other elite fighter, St. Pierre seems to be regarded as about the best all-around athlete to ever succeed at such a high level in MMA.

You already know his credentials: won the UFC undisputed welterweight title twice, thought about trying out for the Canadian Olympic wrestling team after excelling at a sport he never practiced as a youth, decided to incorporate horribly difficult gymnastics exercises into his training regimen for fun -- the list goes on. He might not run the fastest or jump the highest, but his all-around athletic makeup is perfect and dominant in MMA.

So, naturally, it is jarring when an athlete the caliber of St. Pierre suffers a setback as significant as a torn ACL and at 30 years old no less.

Remember 2010, when Cain Velasquez was the baddest dude on earth? Following his title-winning knockout of Brock Lesnar at UFC 121, Velasquez was expected by some to reign for years as the new heavyweight prototype. Then came the announcement: Velasquez had torn his rotator cuff and would be out for six months to a year after undergoing surgery in January 2011.

After reporting the news, I got a text from a friend -- someone who had previously undergone rotator cuff surgery -- informing me that the announced time frame was not an adequate recovery period for such a severe injury. Ten months later, Velasquez was cold-cocked by Junior dos Santos in just 64 seconds, losing his title to the Brazilian at UFC on Fox 1. As dos Santos celebrated, I felt my phone buzz.

The moral? Coming back from that type of bodily trauma is extraordinarily difficult, even for supremely conditioned athletes. St. Pierre should take his time in returning, even if the UFC is coming to Montreal in November. He should ignore that burning desire to get back into the cage and forget about Nick Diaz, Condit and the rest of the gang at 170 pounds. If Condit wants to sit on that interim title and wait on St. Pierre, that’s his decision. In my opinion, GSP should feel no obligation to unify the championship this year. Shoot for the first or second quarter of 2013.

As a fighter ever-cognizant of his legacy, St. Pierre must also be aware of his shelf life as one of the UFC’s top draws. The next three or four years will likely bring his prime to a close, and it is critical that he maximizes the time he has left near the top of the heap.