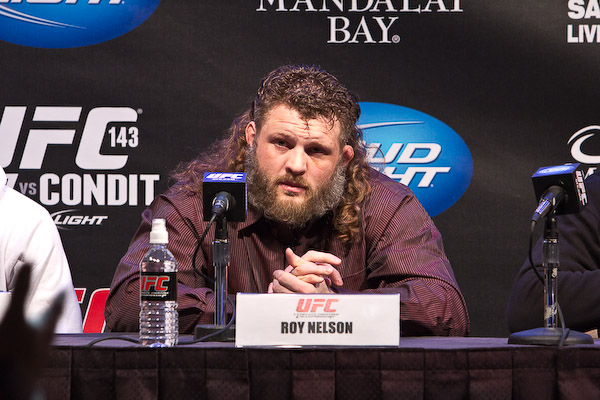 This week, readers are feeling a little extra skeptical. We’re embarking on yet another season of “The Ultimate Fighter,” so it goes without saying that many folks are letting us know that they feel the show has long jumped the shark. Moreover, some of you cannot see any value in a season led by Roy Nelson and Shane Carwin. Speaking of seeing value, Chris Weidman could not see much in a potential fight with Alan Belcher, and he let the world know about it. The unbeaten middleweight is now penciled in to meet Tim Boetsch at UFC 155, but some voices from the peanut gallery cannot believe the stones the Serra-Longo Fight Team fighter has shown in trying to pick and choose his fights.

It is not just the fighters getting a sideways glance from readers. UFC boss Dana White has been paying a strange amount of lip service to a Fedor Emelianenko-Brock Lesnar matchup, and you just are not having it. Regulators are not safe, either, as Marcos Rosales’ recent refereeing disaster in Lemoore, Calif., has readers frothing.

You guys are not the only skeptics out there. After all, many are excited to see Olympic silver medalist Sara McMann finally make her Strikeforce debut, but some of our own Sherdoggers are throwing a just a touch of cold water on the hot anticipation of a potential McMann-Ronda Rousey bout.

Do people really have interest in Nelson-Carwin and this season of TUF? Carwin does not really have a reality TV-type personality. Even though Nelson is popular with some UFC fans, will he really make people watch TUF? I see fans excited about this fight, but, to me, it speaks to everything that is now lame about TUF. -- Rob from Omaha

Tristen Critchfield, associate editor: The sagging ratings of the most recent season of “The Ultimate Fighter” do seem to suggest that interest in the reality show is waning. The UFC has responded by ditching the live format after just one season on FX. That will not cure what truly ails “TUF,” however, nor will the belly-rubbing antics of Mr. Nelson, though it could be interesting to see if the Burger King spokesman can get under the skin of the usually reserved Carwin.

In reality, like any show, “TUF” has grown stale. After 15 seasons of in-house shenanigans and training montages, there is only so much you can do to keep people coming back. Ask a diehard fan of “The Simpsons” if the show is still as good now, on Season 23, as it was back in the early 1990s.

The live fights were an attempt at refreshing the brand, but rival coaches Urijah Faber and Dominick Cruz -- slated for a title showdown at UFC 148 after the season’s conclusion -- did not seem to move the needle much. To make things worse, Cruz suffered a knee injury that knocked him out of the bout. Because of that, we may have seen the end of the blockbuster coaching matchup capable of headlining a pay-per-view card.

Instead, we are probably going to see more pairings similar to the Nelson-Carwin tandem. It is a fun fight, but it will not make or break a card or stunt the growth of the heavyweight division if it falls through. Carwin might not have a made-for-TV personality, but I believe the UFC is counting on “Big Country” to carry the program.

His everyman look resonates with the Average Joe, as evidenced by the ovation he received at UFC 146, when he knocked out Dave Herman in the first round. The promotion is also hoping people will take at least some interest in Carwin -- a man who once appeared to be within seconds of becoming heavyweight champion -- as he attempts to return from back surgery.

With that said, the people who usually watch “TUF” will still watch it. Those who need an extra impetus probably will find better things to do with their Friday nights. Moving the show back to Wednesdays would probably help ratings somewhat. Only a coaching coup -- think Chael Sonnen or Ronda Rousey -- would boost the “TUF” ratings considerably at this point.

Does that make Nelson-Carwin lame? Not necessarily. While it certainly is not earth shattering, you will eventually be getting an entertaining, free heavyweight fight come December. Whether that is enough to reverse the fortunes of a scuffling reality franchise remains to be seen. I am guessing not.