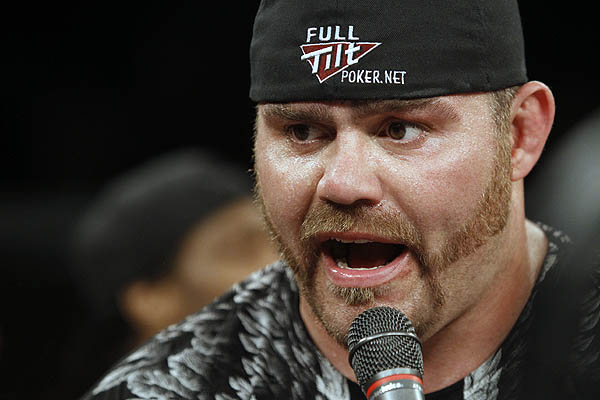 
Tim Sylvia. “The Maine-iac,” “The Grizzly Bear.” Big Tim, the champ. Timmeh. People have had a lot of names for the man over his 14-year pro MMA career, and not all of them have been flattering. After all, the man's manager and closest confidant, Monte Cox, openly called him “polio legs” for years. He has one of the most complicated, fraught identities in the sport's history; to say Tim Sylvia was not your “average MMA fighter” would be a gross understatement. Maybe he should have been, but he wasn't.

On Jan. 3, when the 40-year-old former UFC heavyweight champion called it a career, it was newsworthy. After weighing in at 371 pounds for a fight with Juliano Coutinho under the Reality Fighting banner, the Mohegan Department of Athletic Regulation's neurologist advised the commission to not allow Sylvia to compete based on his MRI result. Sylvia's decision to hang up the gloves came directly on the heels of the disappointing news, but it wasn't newsworthy just for that reason. Even the fact that Sylvia was 40 years old was news, as apparently his official commission paperwork had him listed two years younger than he was for the majority of his noteworthy pro MMA career.

Nonetheless, barring an ill-advised comeback, it's the end of a long, accomplished career for the mammoth Maine native: 42 pro fights, 31 wins, 20 knockouts, one of the 10 best heavyweights ever, two UFC heavyweight title reigns and one of the best feuds in the MMA history with fellow former UFC champ Andrei Arlovski. Then again, maybe Sylvia's biggest rivalry is actually his war with public perception.

Sylvia's quest to win the respect and adulation of the MMA world was constant but often unsuccessful. He is one of MMA's very greatest overachievers and a historically outstanding heavyweight, yet is widely mocked and scorned in a way virtually none of his peers are. He is, by virtually any measure, the least liked and most routinely disrespected UFC champion ever, when all he wanted was to be accepted and adored for ramming right hands through his opponent's faces.

Tim Sylvia may never stop wearing his UFC title belt, but he has hung up the gloves. Now, Sherdog.com staff members and contributors share their stories, memories and recollections of “The Maine-iac,” sizing up the strange and successful career of the supersized heavyweight, who has proved to be one of the most provocative figures in MMA history.

Continue Reading » Let Me Be Your Maine Man