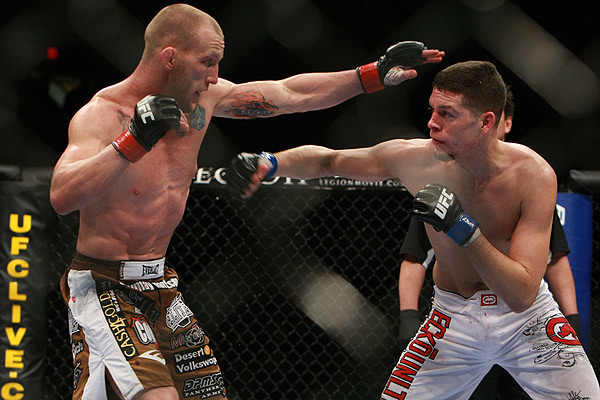 Gray “The Bully” Maynard is unbeaten in fights that go the distance. | Photo: Dave Mandel/Sherdog.com


The 18th installment of “The Ultimate Fighter” brought big changes to the reality show, as males and females populated the house for the first time. Led by coaches Ronda Rousey and Miesha Tate, who will square off at UFC 168, the women stole the show. All eight of the competitors who made it into the “Ultimate Fighter” house were originally expected to receive spots at the finale on Saturday at the Mandalay Bay Events Center in Las Vegas; however, only six were able to make it, including 135-pound finalists Julianna Pena and Jessica Rakoczy.

While much of the interest surrounding Season 18 centered on the women, a men’s 135-pound final will also take place, as Chris Holdsworth battles Davey Grant. To top it all off, Gray Maynard and Nate Diaz will look to end a rivalry that was initially forged on “The Ultimate Fighter 5.”

Here is a closer look at “The Ultimate Fighter 18” Finale, with analysis and picks: 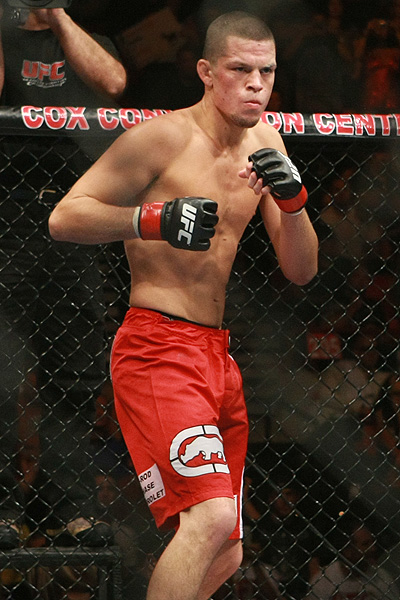 The Matchup: Maynard and Diaz, two former 155-pound title challengers mired in mini-slumps, look to get back on track by closing out an unofficial trilogy.

The rubber match is unofficial because their first meeting took place on Season 5 of “The Ultimate Fighter,” which does not count on a fighter’s record. Diaz submitted Maynard with a guillotine choke in the reality show’s semifinals. The two squared off again at UFC Fight Night 20, with Maynard eking out a controversial split decision triumph. Perhaps wary of his opponent’s ground game after having been submitted on “The Ultimate Fighter,” Maynard elected to stand and trade with Diaz that night; and despite being out-landed by 29 significant strikes, according to FightMetric.com statistics, “The Bully” walked away with the win.

Both men have experienced their fair share of success since that unsatisfying 2010 bout, with Maynard falling short in two title bids against Frankie Edgar and Diaz losing a championship clash against Benson Henderson in December. Both were also soundly beaten in their last outing: Diaz lost by knockout for the first time in his career, courtesy of a Josh Thomson head kick at UFC on Fox 7, while Maynard suffered a first-round technical knockout defeat to would-be No. 1 contender T.J. Grant at UFC 160.

Maynard was a three-time All-American wrestler at Michigan State University and a 2004 United States Olympic hopeful. It would seem fairly obvious that he should put those skills to work against Diaz, but if he is no more confident of venturing into his opponent’s guard than he was in their last meeting, he will have to find a way to navigate the Stockton, Calif., native’s six-inch reach advantage. While Maynard has engaged in some entertaining fights in recent years, most notably the two Edgar bouts, he is most successful when he can overpower foes through his wrestling.

It is not necessarily the most crowd-pleasing approach, as Maynard generally lands only enough offense from top position to avoid a standup, but it is effective for earning points from the judges. It will be important for the American Kickboxing Academy product to move into tie-up and takedown range early and often against Diaz. If he does not, the Cesar Gracie protégé will have a better chance to establish a rhythm with his boxing. Diaz is one the most effective volume strikers in the sport, landing accurate strikes to the head and body. While he does not possess true knockout power, the accumulation of so many blows can take a serious toll on an opponent.

If Maynard is to follow a blueprint to beat Diaz, he would be best served attempting to emulate Henderson instead of Thomson; the powerful wrestler is unlikely to uncork a highlight-reel head kick. Instead, Maynard should attempt to impose his will in the clinch before working for takedowns. Diaz’s takedown defense is nothing special, but he has improved at getting to his feet, and his active guard will always be a concern.

Maynard needs to take his chances on the mat, because his limited power-punching arsenal is not enough to carry him on the feet.

The Pick: Since it was moved to headlining status on short notice, this remains a three-round affair. That could work in Maynard’s favor, because Diaz probably has the edge in conditioning. Still, Maynard’s past struggles against Diaz -- despite the 1-1 record -- are hard to ignore. Diaz gets the win by decision or submission.